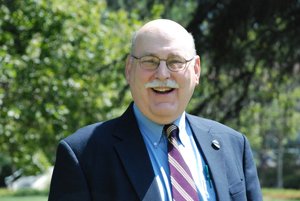 Professor Fred Bergerson was a beloved political science professor who specialized in bureaucratic politics, international and homeland security policy, and civil-military relations. He travelled to many European nations as well as to Vietnam and Israel. Professor Bergerson served as an American Political Science Association Congressional Fellow in both the Senate and the House of Representatives. Further, he was a William C. Foster Fellow, first in the US Arms Control and Disarmament agency and later in the US State Department. In addition, he was a veteran of the 1st Cavalry Division (Airmobile) in which he served as an intelligence officer in the Republic of Vietnam, where he held assignments as a captain in counterintelligence and order of battle. Fred passed away on January 10, 2019.