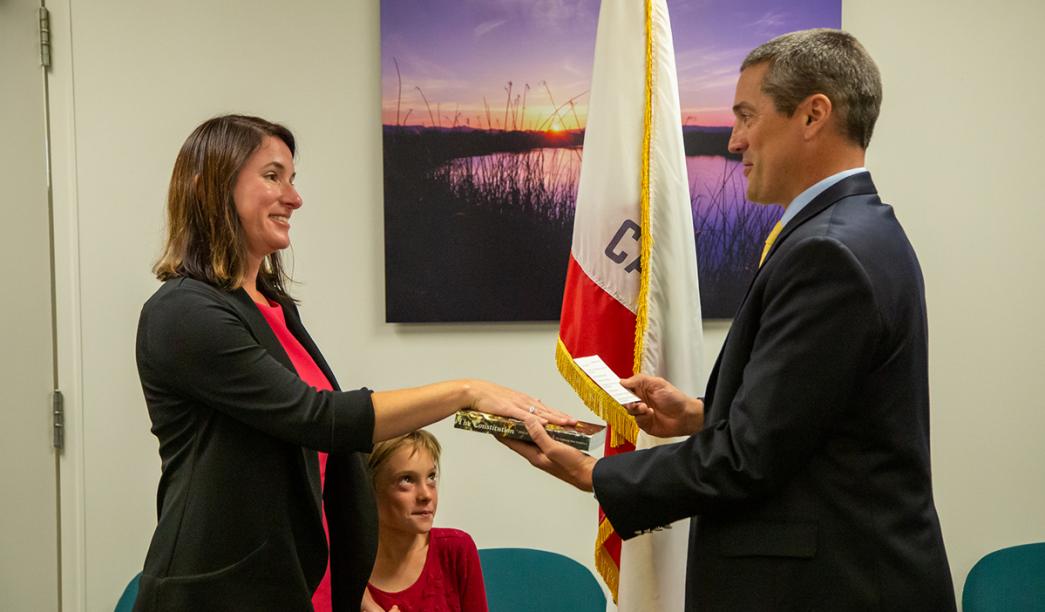 Governor Gavin Newsom has appointed Valerie Termini ’98 as chief deputy director of the California Department of Fish and Wildlife.

The mission of the department is to manage California’s diverse fish, wildlife,  and plant resources, and the habitats upon which they depend, for their ecological values and for their use and enjoyment by the public.

Termini’s career has been robust. Before being asked last September to serve in the acting role in her current position, she served as executive director of the California Fish and Game Commission since 2016. She was fisheries policy director for the California Ocean Protection Council from 2007 to 2016 and served in the Peace Corps as an environmental protection volunteer from 1998 to 2000 in Togo, West Africa.

“I feel lucky to be a public servant in this role and hope to make thoughtful decisions regarding California’s fish and wildlife," said Termini. "It's a dream job to wake up every day and be part of a team to enhance California's biodiversity for future generations.”