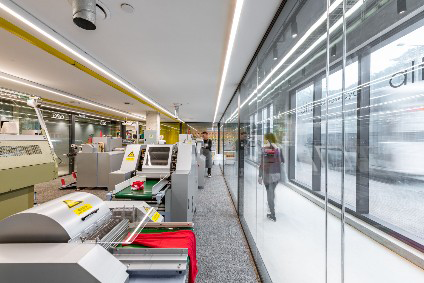 Developed by Edwin Keh ’79, chief executive of the Hong Kong Research Institute of Textiles and Apparel, the Garment-to-Garment (G2G) System was named a finalist in Fast Company’s Innovation Design Award, which recognizes creative work at the intersection of design, business, and innovation.

Launched in September 2018, the G2G System introduced a new, environmentally conscious way to manufacture fashion by recycling post-consumer clothing into wearable garments. The system, located in a restored cotton mill in Hong Kong, recycles old clothes into new ones in real-time; visitors can watch the entire process up-close, and even get more involved by recycling their own used garments. Keh’s invention—acknowledged in the Retail Environments category—not only makes a direct positive impact on the environment, but it also raises eco-consciousness in the surrounding community.

According to Fast Company, the applicant pool for this year’s Awards was the most competitive in history. Alongside Keh’s G2G System, winners of the competition include heavyweight companies like Microsoft, Nike, and Mastercard.

This is not the first award merited by Keh’s creation; in the year since its opening, the G2G System has already been named a winner at the 47th International Exhibition of Inventions, and awarded the Red Dot Award for Best Product Design of 2019.