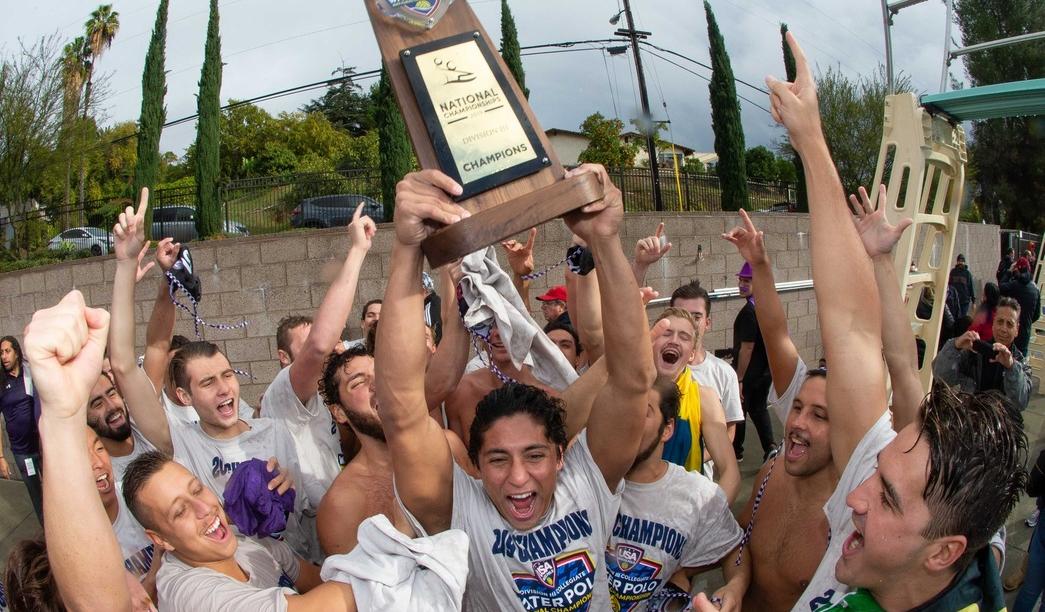 The Purple and Gold Makes History

The Poets secured their place in the tournament with a stellar season: a perfect home record of 12-0 and only one loss in an away game. Going into the nationals, the team arrived with two big titles: Southern California Intercollegiate Athletic Conference (SCIAC) regular season championship winners, and the SCIAC post season tournament title champs.

The tournament kicked off Dec. 7 at the Lillian Slade Aquatics Center, with Whittier competing against the Massachusetts Institute of Technology (MIT) Engineers (coached by one of Whittier’s own, Austin Ringheim ’16).

After a tied-up first quarter (2-2), Poets scored two more points to take the lead in the second. The Engineers stopped the run, but again Whittier earned two straight goals. MIT responded on their next possession, but Whittier moved the deficit back to three with 12 seconds left, leaving the score 7-4 at the half.

MIT came out of the break to close the gap with another point, but a three-goal run by the Purple & Gold kept Whittier in the lead. The Engineers made one final push in the fourth quarter, but attacker Ricardo Reyes Jr. ’22 sealed the deal for the Poets.

With a final score of 12-8, Whittier secured its place in the final round against Claremont-Mudd-Scripps, who had defeated Johns Hopkins University in their own semi-final.

Returning to the pool on Dec. 8, the Poets faced off with a familiar opponent: they’d played against the CMS Stags three times already this season, beating them twice and losing once.

The final game began with a point from center Micah Kamai ’23. The lead soon evaporated as the Stags earned two of their own. In the largely defensive game, Poets racked up four more points in the second quarter, putting them in a 5-2 lead going into the break. After a scoreless third quarter, the Stags adding a goal late in the fourth to stay within striking distance—but it wasn't enough to upset the Poets’ victory.

The pool and the crowd erupted with jubilation.

“We work on fundamentals from day one, all the way through the last day,” head coach David Kasa said in the post-game interview. “I like to think that defense is one we’re really focusing on, always. I told them this morning, ‘Let’s pour everything we have in defense, in blocking the ball, working as hard as we can, and the goals will take care of themselves.’”

The victory over the Stags marked the game of Murat Ersoz’s ’20 career. Finishing with 15 saves and a 0.833 save percentage, he was named the Championship MVP.

Following their big win, the accolades poured in.

Six of the players earned special recognition from the Association of Collegiate Water Polo Coaches’ All-American Teams award announcements—the most in program history for a single season. The national distinction is the highest award presented to a collegiate player for their performance, and was bestowed on Ersoz, Zdolsek, Dominick Nevarez ’20, Eric Borunda ’22, Kamai, and Carlos Heredia Viteri ’21. 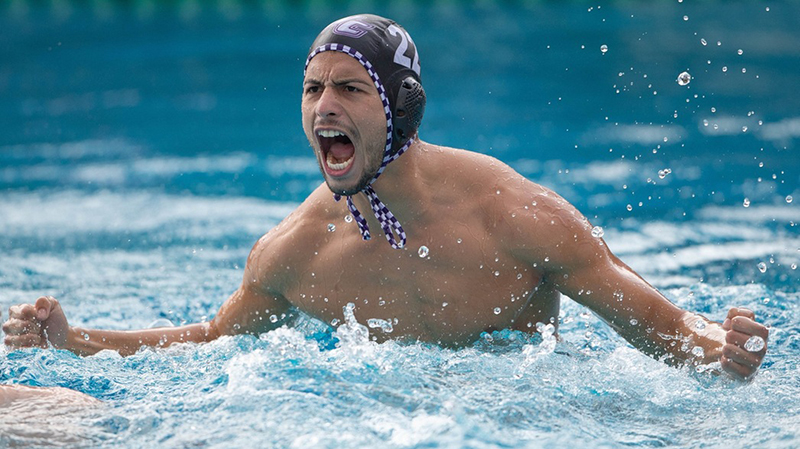 Kasa was also honored as the ACWPC Coach of the Year within the division, as well.

“I'm excited for the guys. I'm so proud of them,” Kasa said. “I tell them all the time, I love this group. They're just a beautiful group of guys that work really hard.”