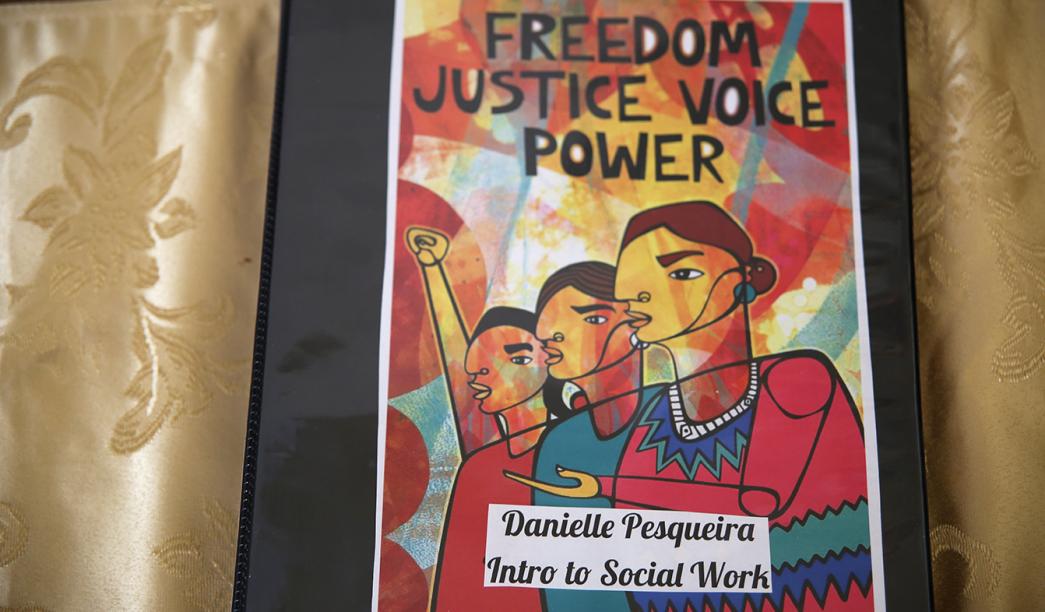 Breaking the Silence: Storytelling in Action, taught in the fall, combined Professor Paula Sheridan's Intro to Social Work course with Professor of Spanish Doreen O’Conner-Gomez’s Women's Voices from the Hispanic World. Thanks to this unique pairing, students stepped outside of the classroom to explore their own voices and identities while reflecting on the experiences of others. During the course of the semester, the class members worked with a group of older adult learners and homeless individuals to produce multimedia projects that explored identity and voice.

Creative inspiration comes in many ways. For the students in the Breaking the Silence course, their search for literary insight began with 17th century Mexican writer and poet Sor Juana Inez de la Cruz. Throughout the semester they moved on to more contemporary Latin American women authors such as Elana Garro, Maria Amparo Escandon, Rigoberta Menchu, and Wendy Guerra, among others, exploring the varied ways female authors have told their unique stories.

“As we've been listening to the voices of women from Latin American countries and from our own that have been silenced over the years, the students learned to find the courage to voice their own stories,” said O’Connor-Gomez.

In tandem with these readings, students were led through the process of learning how to write and narrate their own stories using poetry and digital technology.

“I believe that storytelling, particularly digital storytelling, is a form of integrated learning which includes our heart and mind,” said Sheridan.

O’Connor-Gomez and Sheridan partnered with Whittier College Instructional Technologist Sonia Chaidez and Stephanie Carmona ’13, director of the Community Education Program Initiative (CEPI) at the College to bring in both a community element to this project as well as digital storytelling expertise.

“Bringing together diverse learners from different backgrounds allows for everyone involved in the process to bring in their own unique experiences,” explains Chaidez. “The adult learner can be the expert as well as the novice in various topics. In this way, different generations are able to share their knowledge.”

For this course, Whittier students and adult learners came together during class sessions to have informal conversations that would help launch the creative process. Further, the students were given the poem Where I’m From by George Ella Lyon as a starting point—a template of sorts—to aid them in creating their own digital poetry project based on their own lives.

According to Chaidez, the course also has a multilingual component, in that many of the adult learners were dominant Spanish speakers and some of the students in the course were bilingual. As such, the template of the poem was also translated into Spanish, Yo Soy.

After both sets of learners wrote their poems, Chaidez and Carmona worked with the students to record and edit the pieces. The students learned how to use a video-editing tool called WeVideo.

“We suggested that students use their own photos; from their family albums or by taking pictures or video from the cameras on their phones,” said Chaidez. “Everyone has a story to share regardless of age and this assignment hit the learning goals set by the paired course.”

The videos were screened at the end of the semester in Dezember Alumni House with both the Whittier and CEPI students in attendance.

“Digital stories are a powerful tool in bringing multiple ways of knowing all together for the creator and the audience,” said Sheridan. “I viewed each story several times to absorb the rich wisdoms embedded in words and images. Students are often able to successfully tell a story about their cognitive and affective development in a more comprehensive way than in a standard test. This is important for social work majors as we develop self-awareness, self-regulation, and professional communication skills that allow us to be ‘story catchers’ of those who have been dismissed in our world as we develop the stories of our own lives.”

For Kimberly Ortega ’21, this project was something very close to her heart. “I really enjoyed it, because I like talking about where I'm from. I'm passionate about that because I feel like it forms a big part of who I am. I want to be a representation of my people, my family, my upbringing, and I like looking back at the memories that I recorded because a lot of those clips were when I went to go visit my family in El Salvador and Honduras.”

For Lizzie Green ’21, creating the video took some soul searching. “It wasn't easy to just pull memories out that were significant, but it was a family effort. I asked my parents, ‘What was something that you remember from my childhood?’” she said. “What is stuff that I remember as well as my sisters? It was just beautiful to get to revisit those memories and dig down again and put those old pictures together along with sentimental words. It was just beautiful; it was really amazing. I can't wait to look back on it 10 years from now and think about my time here and how it relates to my past.”

Business major Guadalupe Padilla ’21 wasn’t sure what to expect from this course. “Initially, I just thought of it as a course that I needed to take,” said Padilla, who plans to work in human resources after graduation. “But, actually, it helped me learn about myself. So that's the way I started analyzing the classes: How it can help me personally and in turn help me for my major. It's a course that if you look at it from a personal perspective, it will help you.”

“The screening was a hit,” said Chaidez. “There was laughter, there were tears, happy tears. As is the case with these projects, the engagement and retention of information happens by the way we feel after the hard work is finished.”

Watch all of the videos.

Lifebooks – Past, Present, and Future

On the other end of the spectrum, the students in Breaking the Silence: Storytelling in Action had the opportunity to develop a different hands-on project that gave them insight into both their own lives, and the lives of Whittier residents experiencing homelessness.

Sitting amid a group of her college peers and local homeless residents, Ortega found herself connecting to those around her in an unexpected way.

“I felt like I was five,” said the psychology major who participated in the workshop with her class and the residents of Whittier First Day, a local homeless shelter. The exercise involved using construction paper, glue, glitter, magazine images, feathers, and other craft items to create a book that would reflect the participants’ lives – past, present, and future. They call it a Lifebook.

Ortega, along with her classmates and Professors Sheridan and O’Connor-Gomez, visited First Day several times during the semester as part of the paired course.

According to Ortega, it was an opportunity to go beyond the statistics they learned in class about homelessness and connect with real individuals. “It brought us closer together in a stress-free environment,” she adds animatedly. “It really opened my eyes because it's like, you know what, at the end of the day, we're all human. We all have the basic needs of human connection, communication, love, sense of belonging. Those are basic human needs.”

According to Sheridan, in the process of learning the appropriate and ethical practices for working with community partners and individuals in vulnerable situations, the students spent time getting to know the residents of First Day via ice breakers and honest conversation that worked to create mutual respect.

Pesqueira recognized the value of connecting with First Day residents. “The real purpose was just to be able to offer company and be available for our First Day partners. Paula [Sheridan] really emphasized the importance of us going every week and just having them know that we'd be there,” said Pesqueira. 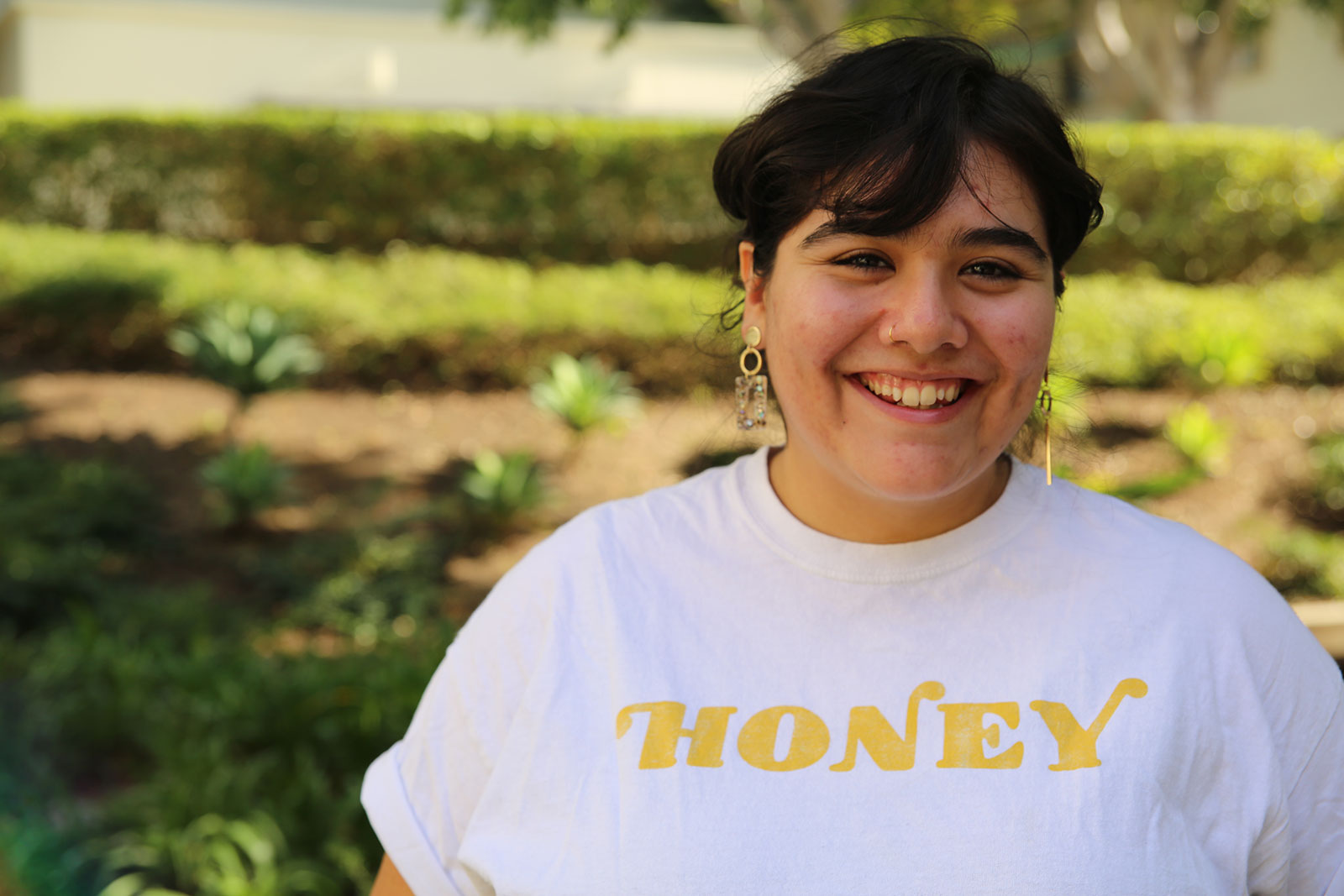 According to Pesqueira, the class’ weekly visits to First Day “sparked a lot of natural conversations.” She personally bonded with one resident over their mutual experience with learning guitar, and their shared love for art and tattoos. All of these points appeared in the intricate details of her Lifebook, where she used found language and imagery to express her identity as an art enthusiast, musician, and poet.

For her part, Ortega said she was surprised to find commonalities with individuals who are often stereotyped as criminals and drug addicts. “There's so much more to them than that,” she said. 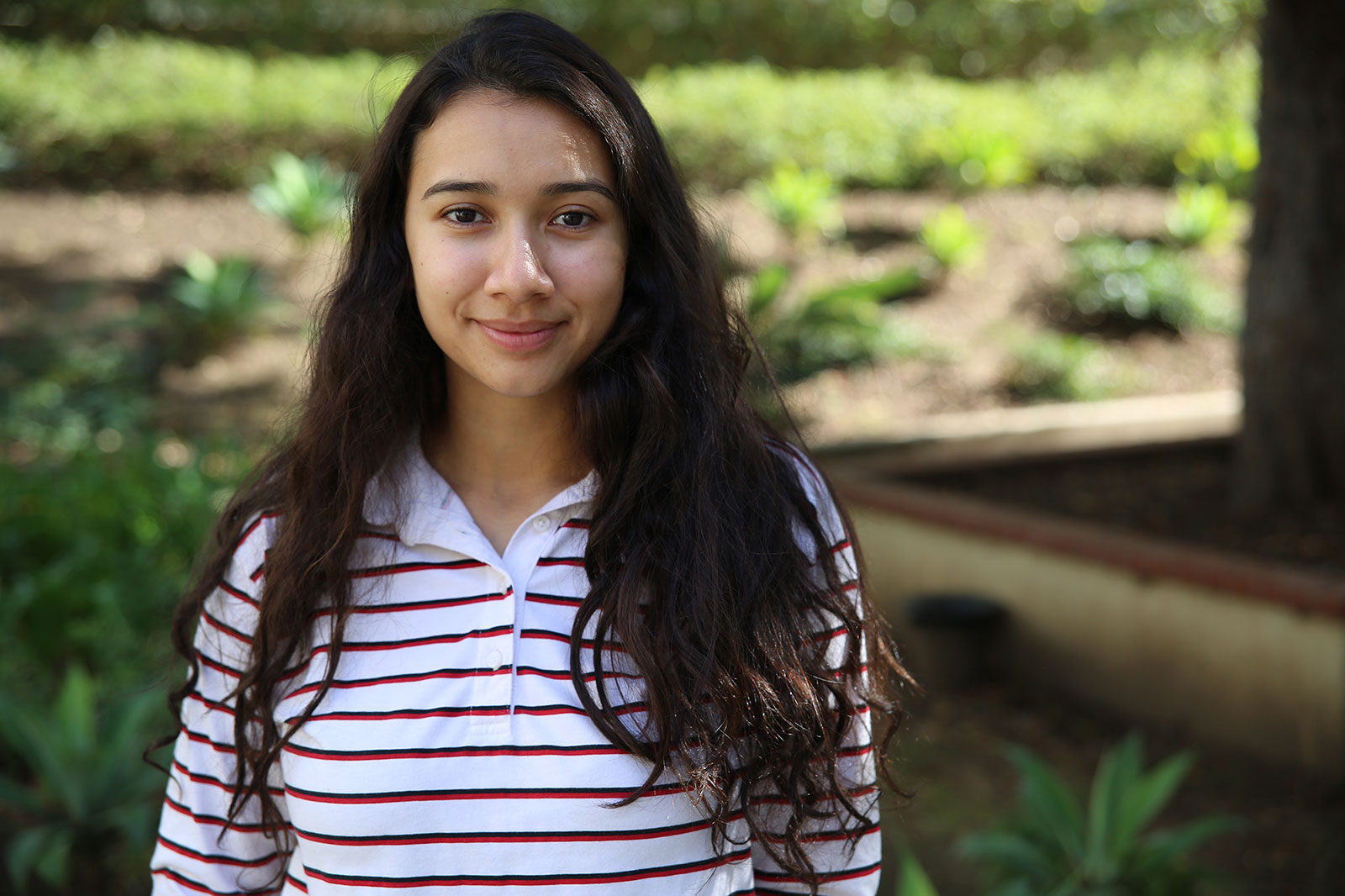 “Something that I learned in my past is every decision that I've ever made has led me to where I am right now,” she said. “And that's what I had in mind when I was doing this project. Where do I come from? Where am I now and where do I want to go?”