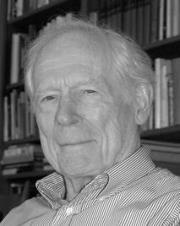 The wide-ranging collection of literary works contains British romantic poetry, Irish poetry and history, and literary theory works with an emphasis on poetry.  Started in the 1920s by Charles S. Adams’ grandfather Robert S. Adams, the collection will live in Wardman Library, giving Whittier Poets the chance to have works from William Butler Yeats at their fingertips.

“The most valuable books were my grandfather’s which include some very rare works of some of today’s best known poets before they were famous,” said Charles Adams. “My father followed in my grandfather’s footsteps and then me I did the same with a focus in American Literature.”

Hazard S. Adams, is a published poet and founding member of the English department at the University of California, Irvine and founder of their nationally acclaimed creative writing program. Some of his esteemed publications include Critical Theory Since Plato, Blake and Yeats: The Contrary Vision, and The Contexts of Poetry.

“My collection of books expresses the subjects I taught over many years and the subjects about which I have myself written books about,” said Hazard Adams.

Charles Adams shares his gratitude toward his father’s generous donation valuated to $40,000.

“These are significant collections for Whittier’s English department because it gives us library sources that are authoritative; works that my father thought were important for his work, “ said Charles Adams. “This is significant gesture and I am proud that he wanted it to go to the institution where I teach.”

He also recalls fond memories with some of the books in the collection.

“I remember my father reading poetry to both me and my brother when we were little and in my case I developed a great passion for it,” Charles Adams added. “I remember him reading short poems by William Blake about children, family, and growing up. I always enjoyed reading The Lord of the Rings so I kept his copy.”

Hazard Adams is pleased that the collection will stay together at Whittier, and believes that Whittier students will profit from it.

“Most larger libraries would probably have sold most of it because they would already have had many of the books,” said Hazard Adams. “My son's whole teaching career has been spent at Whittier, and it has seemed quite right for the collection to go there.”