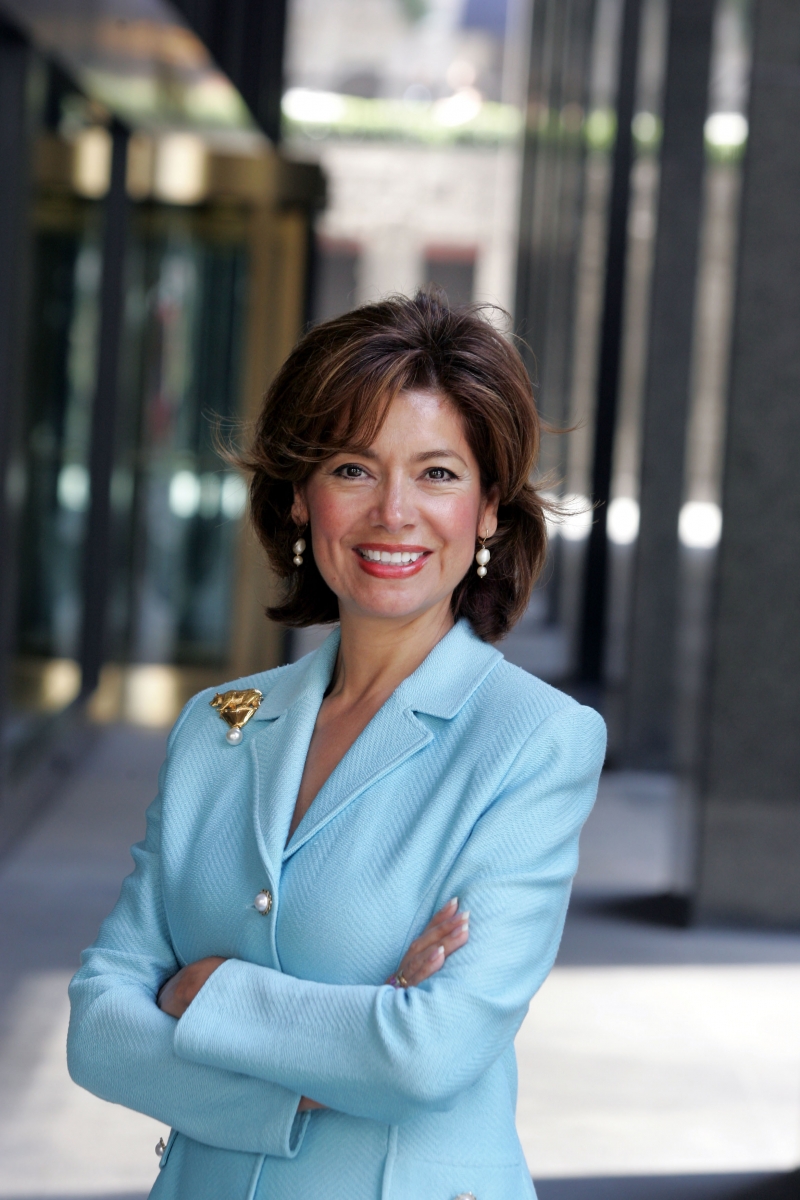 The lead of the U.S. Small Business Administration (SBA) and President Barack Obama’s cabinet member for entrepreneurship Maria Contreras-Sweet will address Whittier College's graduating class of 2016 and more than 5,000 Poet family members and guests as the featured speaker during Whittier College’s Commencement ceremony on May 13, 2016. The ceremony will be held at Memorial Stadium on the Whittier College campus. During the event, Contreras-Sweet will receive an honorary doctorate of humane letters (L.H.D.) from Whittier College. Honorary degrees are Whittier’s highest honor, reserved for individuals whose lives personify the convictions, ambitions, values, and accomplishments celebrated at the College.

A seasoned corporate executive, entrepreneur, and state cabinet official, Contreras-Sweet is also a pioneer in the effort to shatter the glass ceiling in the business world. The SBA Administrator since 2014, Contreras-Sweet is charged with supporting America’s small businesses, which create nearly two out of three new private-sector jobs in the U.S. economy and employ half of our nation’s private-sector workforce.

A former cabinet official in California, Contreras-Sweet became the longest-serving Secretary of Business, Transportation and Housing in state history. Contreras-Sweet oversaw 44,000 employees, a $14 billion budget, and 14 state departments, including the Department of Financial Institutions, Caltrans, the California Highway Patrol, and the Department of Motor Vehicles. She also oversaw the creation of the state’s Department of Managed Health Care and its Office of Patient Advocate. During the state’s energy crisis, she chaired the finance committee of the electrical power grid, California ISO, helping to stabilize the volatile energy market following California’s rolling blackouts.

“Whittier is a college that attracts so many students interested in entrepreneurship and business careers,” said Whittier College President Sharon Herzberger. “We are pleased to honor on graduation day a public servant like Ms. Contreras-Sweet whose career has improved communities in California and now is supporting small businesses – many of them run by women and people of color — throughout the United States.”

Contreras-Sweet knows firsthand the challenges that working families and recent immigrants are facing  because she moved to California from Mexico as a young girl, and whose mother worked long hours to support six children. Today, Contreras-Sweet continues to advocate for diversity, access to capital, and equal opportunity for all Americans.

Founded in 1887, Whittier College is an independent four-year residential liberal arts college that encourages students to question the world around them and figure out their place in it. Located in the heart of Southern California between bustling Los Angeles and beautiful Orange County, Whittier is distinguished by its small size, energetic faculty, and nationally recognized curriculum. With an emphasis on diversity, community, and curricular innovation, the College’s primary mission is to endow students with the education, skills, and values appropriate for global leadership and service.

The U.S. Small Business Administration (SBA) was created in 1953 and since January 13, 2012 has served as a Cabinet-level agency of the federal government to aid, counsel, assist and protect the interests of small business concerns, to preserve free competitive enterprise and to maintain and strengthen the overall economy of our nation.  The SBA helps Americans start, build and grow businesses.  Through an extensive network of field offices and partnerships with public and private organizations, the SBA delivers its services to people throughout the United States, Puerto Rico, the U.S. Virgin Islands and Guam. www.sba.gov