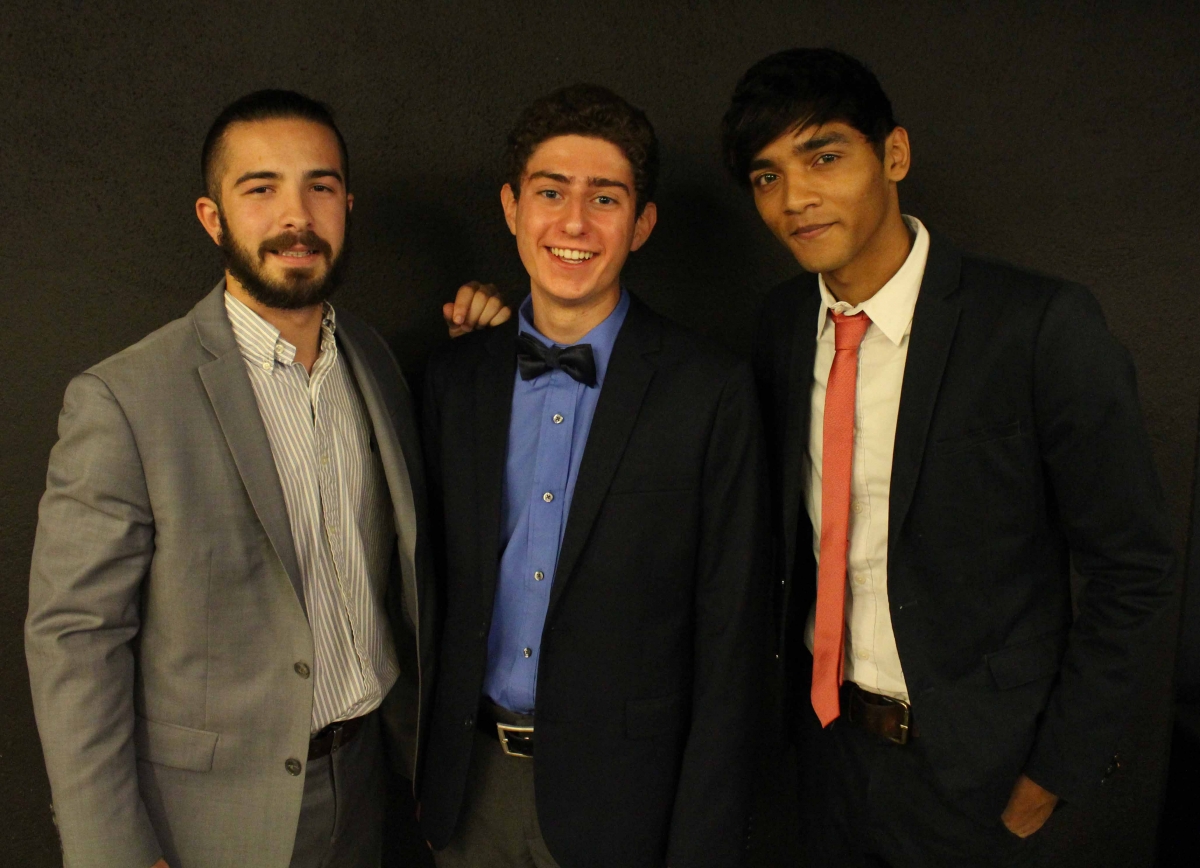 The rise of entrepreneurs is built upon a person’s talents, strengths, and interests that can ultimately transform into an innovative and corporate philanthropy. Whittier College entrepreneurs RJ Tolson ’15, Joshua Cohen ’18, and alumnus Alex Mitchell ’13 shared their experiences of how they started their businesses with other fellow students and faculty members during an entrepreneurship panel, organized by Professor of Business Administration Lana Nino.

These Poet entrepreneurs have mastered the art of juggling multidisciplinary projects that encourage creativity and collaboration. Author and political science major RJ Tolson’s passion for literature, languages (he speaks six), and service were the building blocks for the creation of his multi divisional international company RJTIO (R.J Tolson Incorporated) where he is currently the CEO.

“I wanted to promote independent publication, web design, and business development with RJTIO which I started in 2010.  With the international charity division of RJTIO, Forever Trust, we focus on doing fundraising for nonprofits, such as food banks or events such as cancer walks. We also help other businesses that help innovate the world and make it a better place,” said Tolson.

It started with Josh and Theo, a popular show on YouTube filmed on campus, that business administration student Joshua Cohen was motivated to not only create a TV show but also a campus organization called Fun Night Club. This organization will hold its first MINI-THON, an event inspired by THON, a fundraising Dance Marathon hosted at Penn State University. “The money raised will go to the Four Diamonds Fund which benefits research for Pediatric Cancer. This event was hosted at my high school and I had so much fun that I wanted to bring it here to Whittier,” said Cohen.

Cohen’s involvement on campus and passion for the arts and culture, human rights, and health all come together through his role as student researcher for the upcoming course of Social Entrepreneurship taught by Professor of Business Administration Dan Duran as well as his role as executive producer and co-writer of a children’s TV show called “Healthy Heroes,” which promotes the importance of healthy habits.

Alumnus Alex Mitchell ‘13, took a unique approach to organic chemistry  with an integration of flavor development, marketing, and sales by interning at Indian Wells Brewing Company as a soda vendor. “I found success here at Whittier College as a National American Chemical Society Scholar and it was with the help of my professors that I was able to publish my research in natural and organic chemistry,” said Mitchell.

Shortly after, Mitchell discovered the prospects of lemonade vending. So he did research on business development in that industry and reached out to Indian Wells Brewing Company. “I knew the basics of high fructose syrup, sugar, adding to the mixture vanilla bean extract in flavors ranging from cream soda to watermelon but and I learned the importance of consumer value. I am excited to take this business to the next level expand my horizons and hopefully start my own vending emporium,” added Mitchell.

When asked for advice from other students during the panel, Mitchell said that learning from his past mistakes and experiences is important.

“Surrounding yourself with other people who “see” your vision is important to develop your own business. Imagination and determination is key to being successful, they are what really drive you forward,” said Tolson.