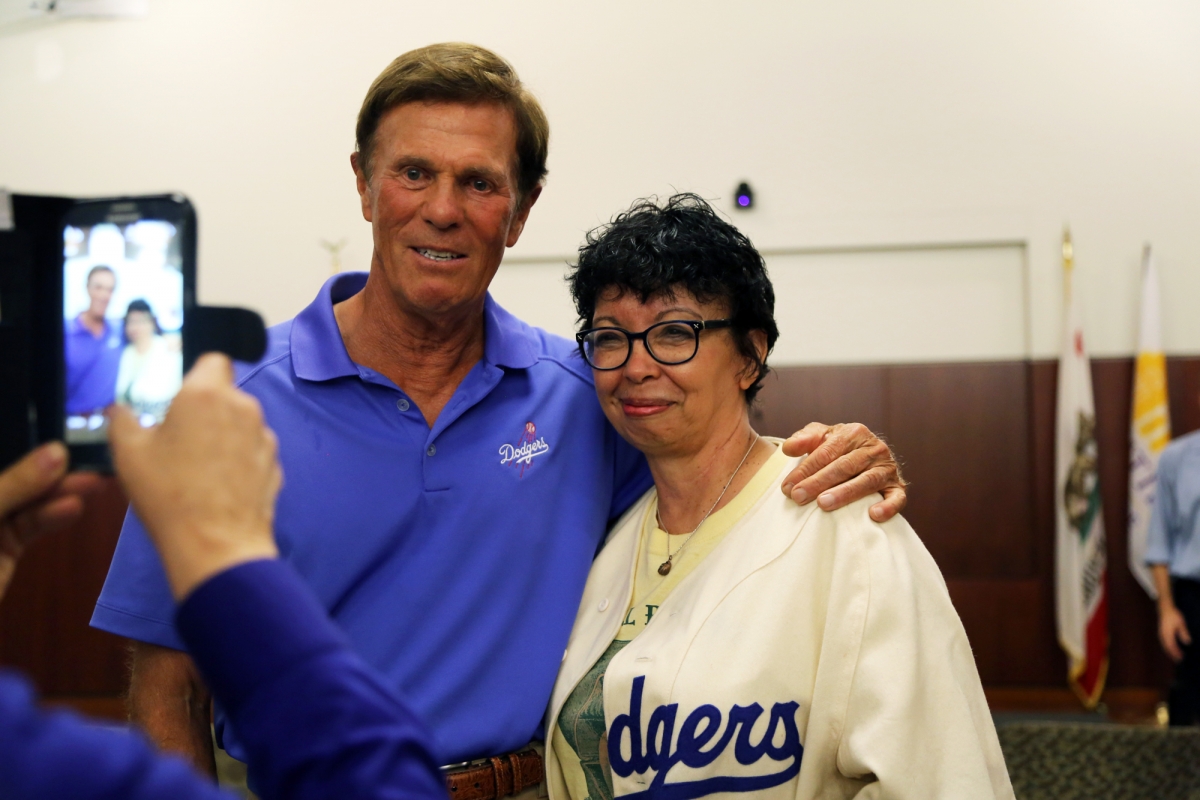 McCue is the author of a compelling, detailed, and nuanced biography of Walter O’Malley, one of the most influential team owners in professional sports history. Mover & Shaker: Walter O’Malley, the Dodgers, and Baseball’s Westward Expansion received the 2015 Seymour Medal from the Society for American Baseball Research as the best book of baseball history or biography published in the last calendar year. During his presentation, McCue spoke at length about the Dodgers' mixed reception when they arrived in Los Angeles and shared rare pictures of Chavez Ravine, the site of Dodger Stadium, before, during, and after the ballpark's controversial construction.

Parker, who played with the Dodgers from 1964-1972 and won six straight Gold Gloves from 1967-1972, delighted attendees with candid anecdotes that offered insight into the life of a baseball player and the "cerebral" aspect of the game. His anecdotes also presented a different perspective on some of baseball's greatest and most notorious moments including Sandy Koufax's perfect game, the 1972 Major League Baseball strike, and Bill Buckner's infamous fielding error during game 6 of the 1986 World Series.

The Institute for Baseball Studies is the first humanities-based research center of its kind associated with a college or university in the United States. The Institute is a partnership between Pasadena-based Baseball Reliquary and the College. It is located on the third floor of Mendenhall Building and is open to the public on Fridays from 12:00 p.m. to 5:00 p.m. and by appointment on other days.