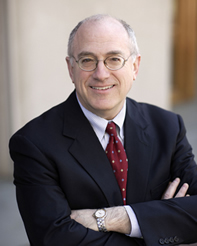 U.S. Ambassador to Israel and Egypt Daniel C. Kurtzer will be the 2011 Feinberg Lecture speaker on Saturday, February 19 at 7:30 p.m. in the Ruth B. Shannon Center for Performing Arts, Whittier, CA 90608. The event is free and open to the public, but seating is limited and reservations are required. For more information or to RSVP contact Terrie Valenzuela 562.907.4219 or tvalenzuela@whittier.edu.

Kurtzer career in the United States Foreign Service spanned 29 years. In addition to serving as ambassador, he has held numerous senior policy and diplomatic positions, was political officer at the American embassies in Cairo and Tel Aviv, speechwriter for Secretary of State George P. Shultz, Deputy Assistant Secretary for Near Eastern Affairs, and Principal Deputy Assistant Secretary for Intelligence and Research. Throughout, he was instrumental in formulating and executing American policy in the Middle East peace process.

Since leaving government service, Kurtzer has authored numerous articles on U.S. policy, and is the co-author of Negotiating Arab-Israeli Peace: American Leadership in the Middle East. He served as an advisor to the Iraq Study Group, and currently serves on the Advisory Council of the American Bar Association's Middle East-North Africa Rule of Law Initiative; as a member of the Board of Trustees of the American University in Cairo; and as a member of the New Jersey-Israel Commission.

Kurtzer received a B.A. from Yeshiva University and a Ph.D. in comparative politics (Middle East) from Columbia University. He has received distinguished service awards from the President, the Secretary of State, and the United States Intelligence Community, and currently holds the S. Daniel Abraham Chair in Middle East Policy Studies at Princeton University's Woodrow Wilson School of Public and International Affairs

The Feinberg Lecture Series is made possible through an endowment established by the late Sheldon Feinberg, a former trustee of Whittier College, and his wife, Betty, in order to invite major scholars to the College to discuss broad historic, religious, and political issues encompassed by Judaism and its role in a changing world. Previous Feinberg Lecturers include Dr. Judea Pearl, Justice Richard Goldstone, radio talk show host and author Dennis Prager; John Loftus, prosecutor of Nazi criminals; Seymour Martin Lipset; John Rothmann, KGO talk show host; and Rodger Kamenetz, author of the national bestseller The Jew in the Lotus.