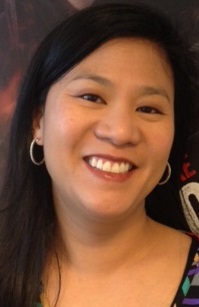 Annalee Paulo ’96 has been promoted to executive vice president at 42West, a leading public relations firm in the entertainment industry.

At 42West’s Los Angeles office, Paulo strategizes and executes national campaigns for clients like Disney, Apple TV+, HBO, Netflix, and Focus Features, to name just a few. Since joining the firm in 2005 as a senior executive, she’s led release campaigns for projects like Spotlight, The Hurt Locker, The Social Network, The Wolf of Wall Street, and many others.

She has also led project campaigns and personal PR for filmmakers like Martin Scorsese to Darren Aronofsky and has publicized films and special projects at big-name events like Sundance Film Festival, Toronto Film Festival, SXSW, and San Diego Comic-Con.

“I’ve been at 42West for 15 years largely because I‘m blessed with fantastic bosses who invest in me. That’s a rare thing in this industry and I’m grateful,” she said.

She graduated from Whittier College through the Whittier Scholars Program, where she designed her own major in Theater and Business. She was also active in choir and the Athenian Society. Those experiences—combined with the knowledge she gained through Whittier’s interdisciplinary approach to education and the skills she honed, with an emphasis on writing—were valuable as she entered the workforce.

“Theater and choir allowed me to be a performer, which helps me relate to the creatively minded people I work alongside. Showbiz is a business after all, so that practical understanding is necessary especially when dealing with logistics, contracts, and budget planning for a PR campaign,” she said. “The camaraderie and teamwork of a Society are similar to the bonds I forge both within and outside of 42West in order to do my job effectively. As for writing, communication is key to publicity whether via press release, text, or Twitter.”

After graduation, Paulo got her start in the publicity realm thanks to her friendship with Nicole Winger ’95, a fellow Athenian Society member who was an intern at MGM. Since then, she’s worked for MPRM Communications, United Artists film studios, and the American Film Institute.

“Looking back, it’s amazing how those few short years built the foundation of my career. While there’s no Oscar category for publicity, I’d like to thank Whittier College for all the opportunities it provided me,” Paulo said.