Nalleli Cobo '23 Fights for the Environment 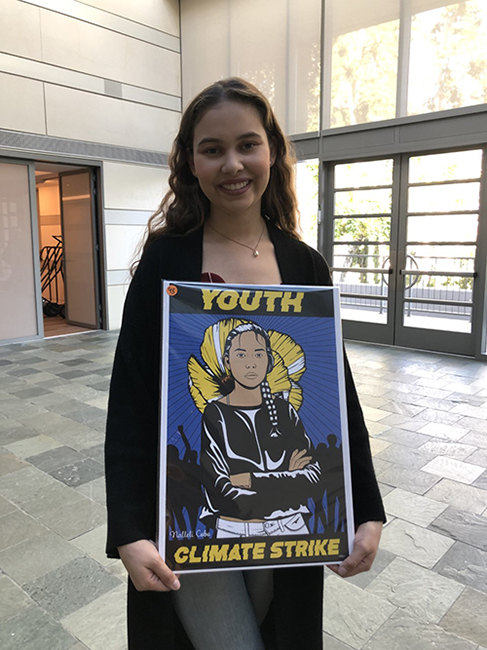 Since she was nine years old, Nalleli Cobo ’23 has been fighting for a healthier environment.

Cobo’s activism began while she was growing up in affordable housing near an oil well site in South Central. Her health was suffering, so she went door to door to spread awareness and rally her neighbors to stand up for themselves. She started speaking out against neighborhood oil drilling at city hall hearings and town hall meetings—eventually co-founding a grassroots organization to stop the oil site.

“Then we noticed we weren’t the only community affected by neighborhood oil drilling, so STAND LA was formed—Stand Against Neighborhood Drilling, Los Angeles—with the mission to pass an ordinance to establish a 2,500-foot health and safety buffer zone between sensitive land and oil extraction,” Cobo said. “I’m also proud co-founder of the South Central Youth Leadership Coalition, and with Communities for a Better Environment, we sued the City of Los Angeles for environmental racism and violation of CEQA, the California Environmental Quality Act.”

She’s become a poster child for environmental activism; literally, her face was on posters at last year’s Youth Climate Strike in L.A., which she helped organize. At the protest, she had the opportunity to meet another young activist, Swedish teenager Greta Thunberg, “who’s completely awesome and has also been one of my heroes,” Cobo adds. 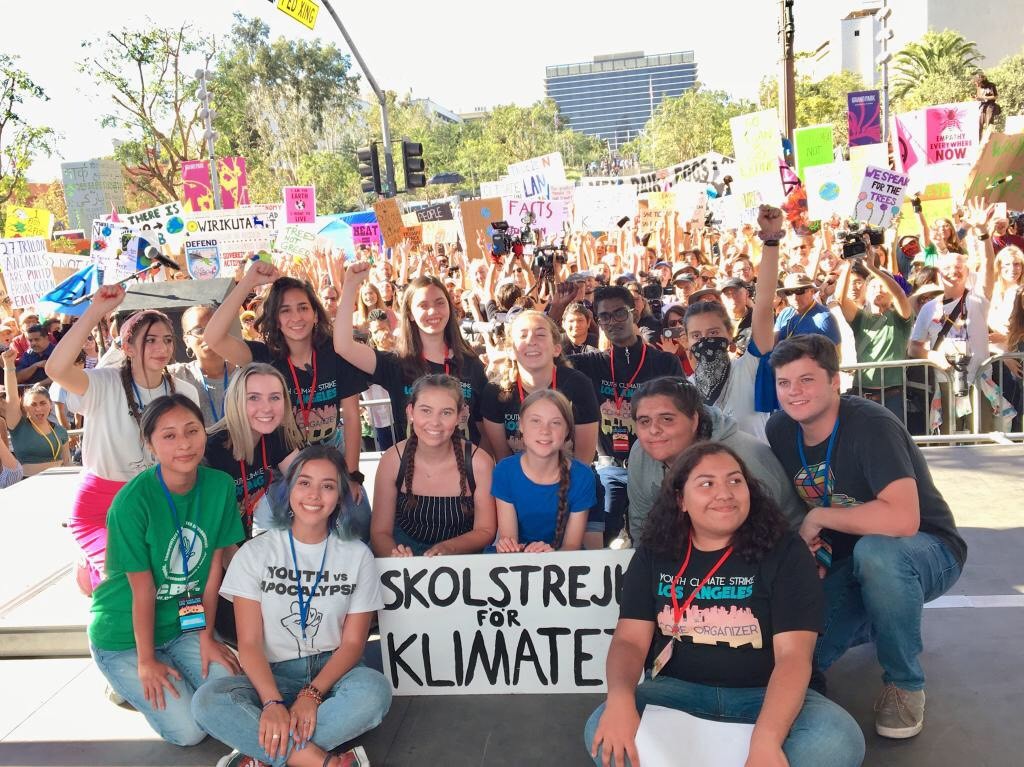 Now, Cobo also shares an honor with one of her other inspirations: civil rights activist Dolores Huerta. In her Spanish-speaking home, Cobo grew up understanding that Huerta was the reason her grandmother had signage in her native language to help her navigate their country. Now, they’re both recipients of the Center for the Study of Political Graphics’ Aris & Carolyn Anagnos Culture of Liberation Award. Cobo received the award last year, and is the youngest person to ever be honored with it.

The center lauded Cobo as a young woman who’s “considered among the top 100 of the world’s most influential people in climate policy.” She feels empowered knowing that her voice and her story can inspire and improve the lives of the people around her.

“Knowing that the youth are being given more power now, and more of a voice and more of an opportunity to be heard and empowered, is something that’s really beautiful,” Cobo said.

The Los Angeles Times recently spotlighted Cobo’s activism, including a rally earlier this month on the steps of L.A. City Hall, where actor Joaquin Phoenix introduced her to the crowd and called her “our future president.” She “hugged him and stepped up to the microphone, quickly adding that she would run in 2036,” the article states.

In the meantime, she’s created her own major at Whittier College through the Whittier Scholars Program, combining political science, economics, international relations, and environmental studies, with the hopes of one day becoming a civil rights activist. She began a medical leave earlier this year after being diagnosed with a rare and aggressive cancer; a GoFundMe has raised more than $63,000 to help her.

Nancy Halpern Ibrahim, executive director of Esperanza Community Housing, told the L.A. Times that “we’re going to fight very hard…. We want to make sure that nothing extinguishes this fierceness that she has.”

Nalleli Cobo '23 Fights for the Environment