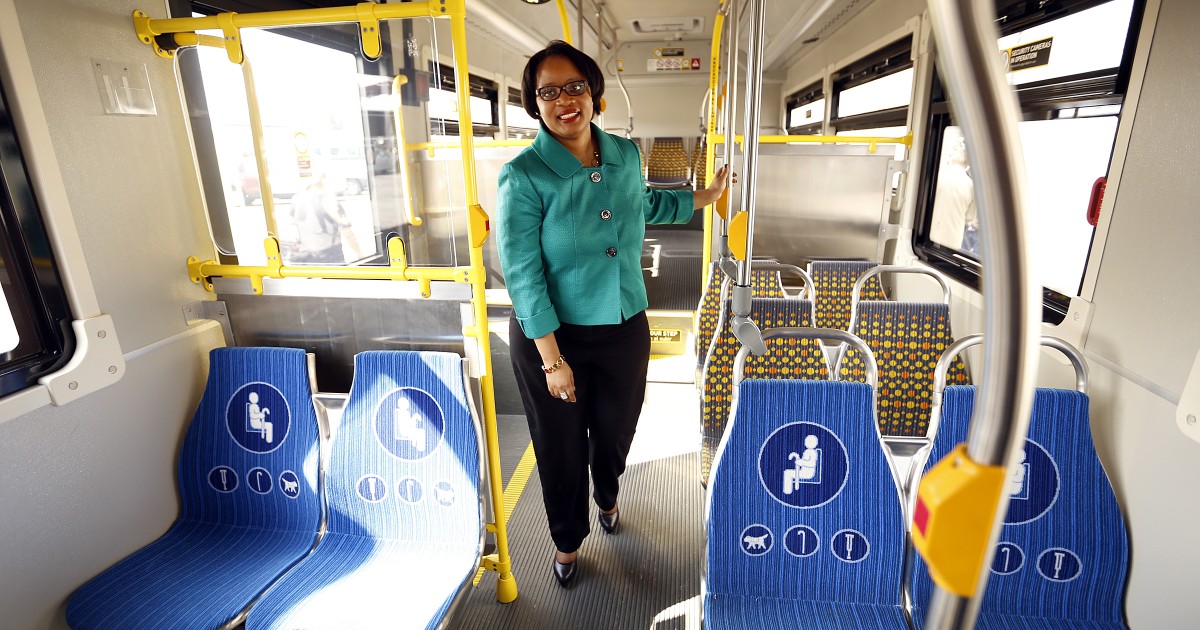 Wiggins is currently the CEO of Metrolink and will be the first woman, and first Black woman, to serve in this role at Metro.

“Metro is in the midst of a generational transformation that will mean more jobs for local workers, more growth for our economy, and more ways for Angelenos to move around our region—and nobody is better prepared to carry the torch of progress than Stephanie Wiggins,” said Mayor Garcetti, who serves as Metro Board Chair. “Stephanie’s career makes her ideally suited to lead this agency at this moment: she’s experienced, determined, committed to equity, and steeped in L.A.’s transportation history, and she is the perfect candidate to carry Metro into its next chapter.”

As Metro’s CEO, Wiggins will manage a budget of nearly $7 billion, oversee up to $20 billion in capital construction projects, and oversee an agency with 11,000 employees that transports more than a half-million boarding passengers daily on a fleet of 2,200 buses and six rail lines.

“I am honored by the opportunity to return to LA Metro as its CEO and am grateful to Mayor Garcetti and the LA Metro Board for the faith they have placed in me for this important role," said Wiggins. "I am thankful to my team at Metrolink for all of our successes together – and those that are still to come throughout this transition and as we work together in the future. LA County has great mobility needs that we must develop with goals of achieving better health, opportunity, and equity for all of the region’s residents, and I look forward to bringing transformative leadership and collaboration with the region’s transportation authorities to make this vision a reality.”

The Metro Board of Directors also gave Wiggins a warm welcome.

“I cannot think of a more qualified candidate to lead Metro through recovery and into a bright future with community and equity at the forefront than Stephanie Wiggins,” shared Metro Board Vice-Chair and Los Angeles County Board of Supervisors Chair Hilda L. Solis. “Stephanie’s appointment as Chief Executive Officer marks a monumental shift in leadership as the first woman in the agency’s history. Coming from Metrolink, I am confident in Stephanie’s leadership as she brings experience, passion and drive to make Metro a resource for every resident in Los Angeles County and beyond.”

Metro Board Director and City of Whittier Councilmember Fernando Dutra lauded Wiggins's experience, leadership, and local connection. “As a new director, I’m so pleased to have had the opportunity to participate in the decision to hire CEO Wiggins, who also happens to be a Whittier College alumna. She brings the continuity, experience, and leadership that our world-class transit organization requires and I am looking forward to working with her.”

Wiggins started her tenure as CEO of Metrolink in December 2018, directing an agency that operates a regional passenger rail network that connects riders across a six-county, 538 route-mile system.

Previously, Wiggins was deputy chief executive officer for Metro. Throughout her career, she has overseen Metro Express Lanes, served as regional programs director for the Riverside County Transportation Commission, and was an administrative analyst for the San Bernardino County Transportation Authority, among other roles.

Wiggins has a B.A. from Whittier College and an MBA from the USC Marshall School of Business. She is a member of the Whittier College Board of Trustts, the board of the American Public Transportation Association, and is the founding president of the Inland Empire chapter of the Women’s Transportation Seminar. Wiggins is also the recipient of a wide range of awards, including the Conference of Minority Transportation Officials’ 2018 Women Who Move the Nation Award and League of Railway Women’s 2020 Railway Woman of the Year Award.