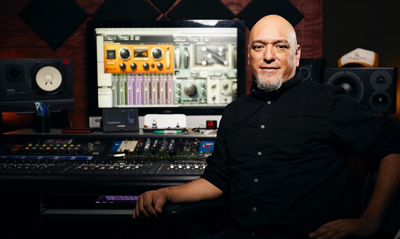 When thinking about music, most people might envision a guitar, piano, or flute, but few realize how integral computer technology is to a career in the music industry.

Whittier College’s new certificate program infuses technology with the art of music through the use of Avid Pro Tools, the leading audio production software for creating music or audio for film and video.

Students taking Whittier’s one-week Avid Pro Tools Certificate Program will receive certification in the software, which can result in a plethora of new career opportunities for professionals in the music industry. Job titles for those with an Avid Pro Tools certification range from sound effects editor, dialogue editor, music producer, or mixing engineer, among others.

Mejia’s own career has been shaped by his experience and education in music technology. He’s been surrounded by music his whole life and has been using Avid Pro Tools for more than 20 years.

“My earliest memories of music are me being 3- or 4-years-old and my uncles and cousins playing guitar on the stairs of my mom’s house,” said Mejia. It was while he was in high school that he discovered the technical side of music interested him more. After recording his own band on his 4-track recorder in his parent's home in the early 1990’s, Mejia became known as the go-to guy to produce and engineer all the local punk and rock bands of that time.

Mejia went on to receive his bachelor’s degree in audio recording, followed by a master’s degree in technology-based education. He has taught courses on music production, mixing and mastering, audio engineering (both beginning and advanced), music synthesis, and recording studio maintenance.

“To me, [the software] is just another instrument,” said Mejia. “An instrument that I’m really good at.”

He also runs The Shelter Studios, a music production studio in Boyle Heights, and has worked with many talented artists throughout his career, including Herbie Hancock, will.i.am., Sting, Joni Mitchell, Los Lobos, and many more. Mejia was also mixer and sound effects supervisor on Cuba: The Forgotten Revolution, which won an Emmy Award in the category of Best Documentary in 2016.

Whittier’s Avid Pro Tools Certificate Program has now certified three classes of students who are ready to hit the ground running and put their new skills to use.