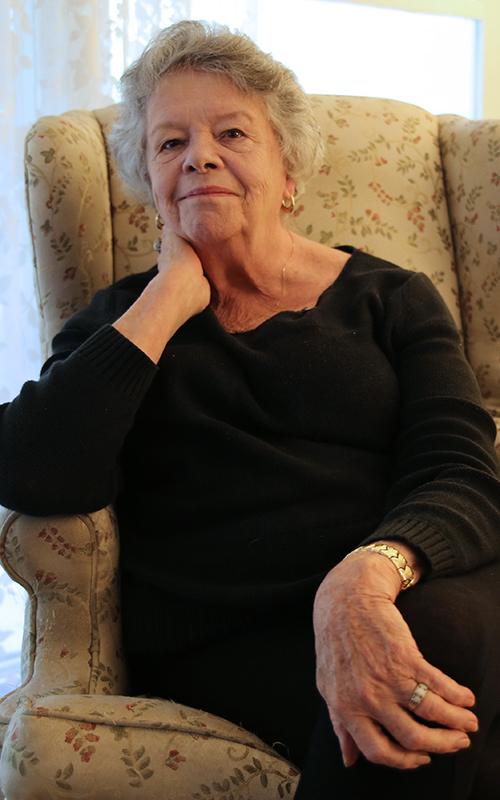 English professor emerita Anne Kiley passed away on Sunday, December 5. Her students and colleagues will always remember her love of literature, music, and theater; her determination; her sense of humor; her generous and kind spirit; and, above all, her deep capacity for friendship.

“She faced up to death with remarkable grace, even as it came far too soon—one day before her birthday and a year to the day after she lost her brother Tom,” wrote her friend and former colleague Professor Wendy Furman-Adams.

Joining the faculty in 1972, Professor Kiley spent 33 years in Whittier College's English department, teaching a wide variety of courses, including Victorian literature and Shakespeare. Her classroom charisma and devotion to students were acknowledged with a Nerhood Award for Teaching Excellence in 1987, the same year she was promoted to full professor.

In addition to her brilliant work in the classroom, she served the College in various capacities including chair of the faculty, director of the Whittier College Copenhagen program, and chair of various faculty committees. She was also an early leader in the Whittier Scholars Program (WSP), as well as the Liberal Education Program, helping to design several curricula and offering more Lib. Ed. pairs than almost any of her colleagues.

Moreover, Professor Kiley was a mentor to her colleagues. “Anne was a master-mentor to all of us, …not just a mentor in English, but in the culture of the college as a whole,” wrote Furman-Adams. “Along with other beloved departed colleagues—like Michael Praetorius, Les Howard (whom Anne nursed through his last days), Fred Bergerson, and Jack DeVries—she was one of the College’s strongest voices for consensus… She was always a very 'weighty friend' among weighty friends. We learned 'the Whittier way' from her—a gift those of us senior enough to remember her will never forget.”

Although she officially retired in 2005, Professor Kiley remained involved with the College: teaching occasional courses, participating in others, delivering guest lectures, judging writing contests, and working as a dramaturg with the theatre department. She most recently worked with students on the production of A Midsummer Night’s Dream, directed by Professor Gil Gonzalez, in fall 2021. Professor Kiley was also on campus in 2018 for the 40th Anniversary of the WSP and is featured in a WSP mini-documentary.

Professor Kiley shared her love of words with students outside the College as well. After her retirement she taught creative writing to incarcerated youth at the Los Angeles County Youth Authority every Saturday as part of the Inside-Out Writers program. She also visited the youth almost every Sunday.

Furman-Adams and Professor of English Tony Barnstone were the last of Professor Kiley's colleagues to visit her before her passing. She had trouble holding a book, but remained an active reader until the last day, as they read her poem after challenging poem by such poets as Yeats, Keats, and Eliot. She knew many almost by heart, and would often mouth along with a line or two as they read.

“I am deeply saddened by the loss of Anne Kiley, who was the grande dame of my first decades in the English Department, a fierce, amused person, and one dedicated to books like a monk to the spirit,” wrote Barnstone.

Before coming to Whittier, Professor Kiley taught at the University of Cincinnati from 1967 to 1972. She received her bachelor’s degree from Duquesne University and her master’s degree and Ph.D. in literature from the University of Wisconsin, Madison. She is survived by her brother John; by her devoted nieces and nephews; and by her equally devoted friends, including David Moore, who was with her until the end.

More information on memorial services will be shared with the community when plans have been settled.