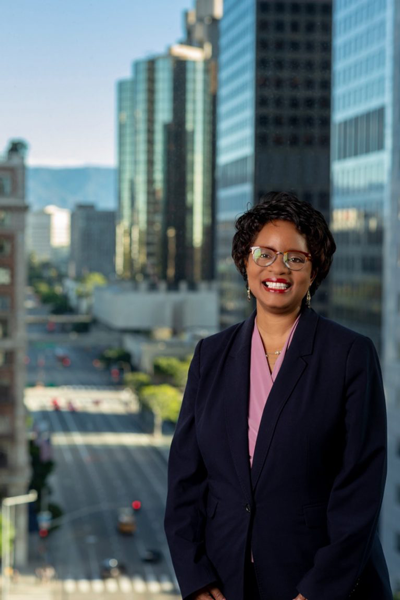 Stephanie Wiggins ’92 was appointed CEO of Metrolink by its board of directors, becoming the first woman and the first African-American to hold the position in the rail company’s 26-year history.

In her role as CEO, Wiggins leads a railroad that covers 2.8 million train miles per year and 400 million passenger miles per year. She also oversees Metrolink’s ongoing efforts to replace its aging diesel-powered engines with clean-air locomotives, according to the Los Angeles Times.

Wiggins is a member of the board of the American Public Transportation Association and is the founding president of the Inland Empire chapter of the Women’s Transportation Seminar.

Among her goals at Metrolink, is raising the profile of the train, with particular emphasis on its ability to improve the quality of life for people residing on the edges or outside of L.A. County, yet working at businesses in the city, she told the L.A. Sentinel.

“Metrolink is at a stage where it can be very transformative for the region. I like to say that Metrolink connects people to opportunity every day. It’s a different type of opportunity,” said Wiggins to the publication.

Photo courtesy of the L.A. Sentinel.