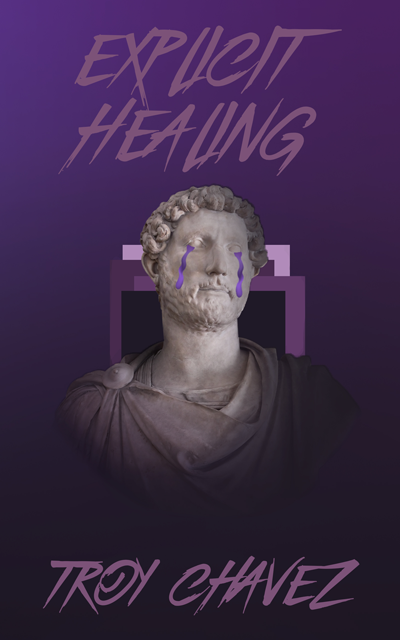 When Troy Chavez ’17 was a student at Whittier, he entered the College’s emerging writer’s contest and received honorable mention.

Now his second book, Explicit Healing, has been published and is available on Amazon.

Chavez has enjoyed reading and writing for as long as he can remember. At a young age, he was inspired by rappers and their word-play, which launched his poetry style. Participating in that first writer’s contest at Whittier inspired Chavez to launch his writing career.

“The honorable mention woke me up,” he said.

At Whittier, Chavez majored in political science and was a member of the tennis team. He is grateful for the life-long friends he made and the professors who taught him valuable lessons.

“I will never forget the education that I received and the much needed reality checks professors extended my way,” he said.

Chavez carried those lessons with him after college and continued writing poems. His goal was to be published and, after conducting his own research, he self-published his first book on Amazon. For Explicit Healing—a collection of poems, a short story, and a play—he worked with a publishing company.

“The book is for anyone who likes to take an adventure of the mind and traverse unknown levels of their brain’s imagination,” he said.

Chavez continues to write on a regular basis and is the creator of The Bull Media, a blog that covers local news and politics in the city of Riverside, Calif. He sees himself as a voice for the community and wants people to be informed.

Looking ahead, Chavez would like to be a columnist for a news organization covering politics, but is also open to other opportunities.

"Life is never a determined road, so anything is possible for the future,” he said.