On the Set of an Indie Film 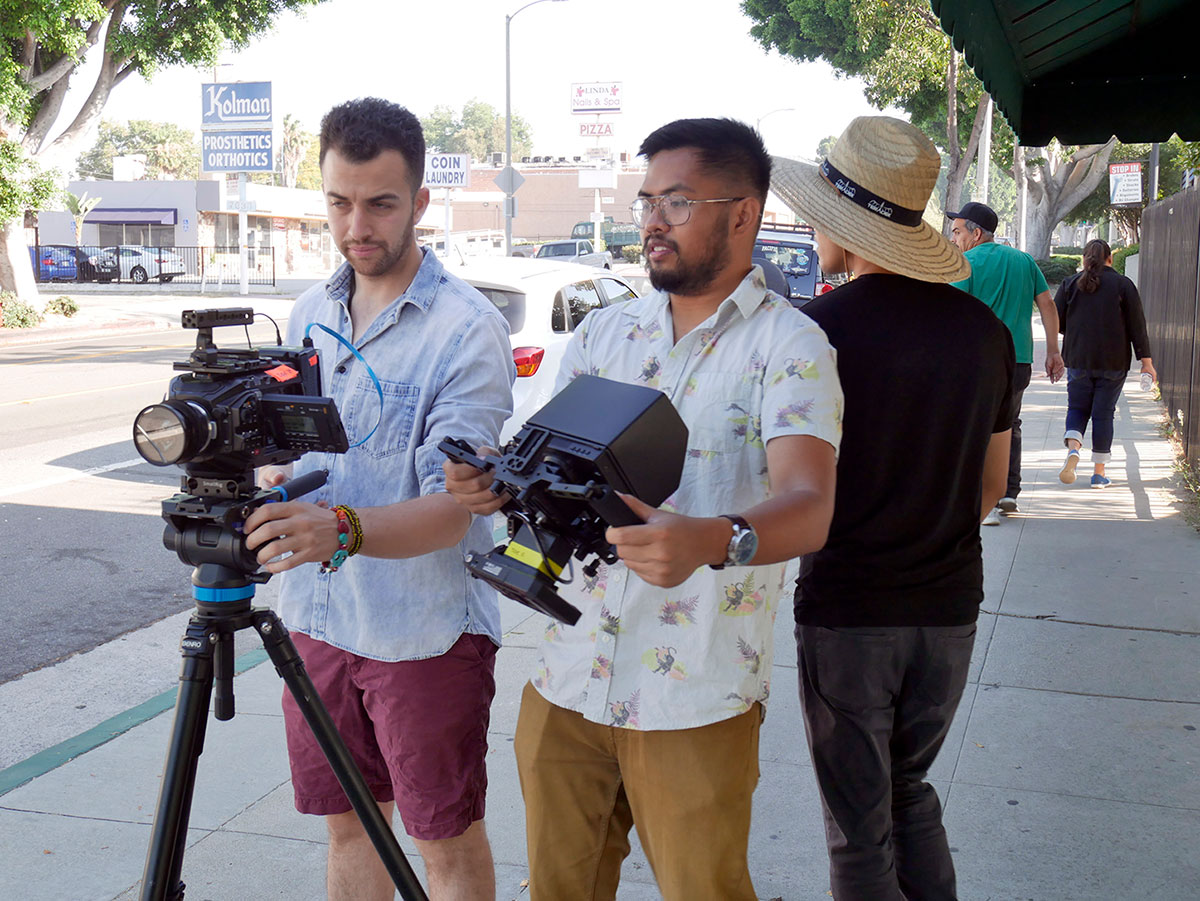 Ten students and recent alumni spent their summer working on the set of an independent film, Carlos Through the Tall Grass, which shot entirely in Whittier.

At work in Uptown Whittier, Riley Ramirez ’21 was busy on set after having helped secure a great shooting location for the movie, a coming-of-age story about a young Angelino. Versatile and picturesque Uptown has caught the eye of many a film and television director before—appearing in everything from Back to the Future to Marvel’s Agents of S.H.I.E.L.D. But there was little time to take it in: he had a myriad other responsibilities to juggle as the second-assistant director. Making a movie was a rush, and one Ramirez was happy to go with.

“It was a great kind of experience to go from one thing to the next to the next, and learn all that,” said Ramirez, an English major with a minor in film studies.

Besides scouting and booking the right locations that help tell the story, it was also his job to ensure the director’s orders were being clearly and effectively relayed to the other cast and crew. This meant regularly balancing between the right-brain considerations of artistic vision with left-brain, business-minded logistics, all while being a good communicator, team player, and empathetic of his coworkers. In essence, Carlos Through the Tall Grass was Ramirez’s Whittier College education in a nutshell.

The same could be said for Emerson Little ’21, who designed his own major in Digital Art and Media Production through the Whittier Scholars Program.

Little gained hands-on experience in the entire lifespan of a movie: in pre-production, he helped with auditions; during production, he was in charge of photographing and creating a documentary about the behind-the-scenes work, as well as helping decorate a set and set up equipment; and in post-production, he’s creating the poster and press kit and learning how to market a movie.

“I wanted to get the most out of this experience because it’s like a once-in-a-lifetime opportunity, being able to work on a film with a director and producers who have actually worked in real Hollywood films,” Little said. “It goes so well combining what I love: graphic design, photography, film production, and putting it all into this one off-campus experience. This was perfect.”

Little, Ramirez, and their fellow Poets had the opportunity to join the project thanks to his film studies professor, Patti McCarthy.

The project was a particularly attractive one: the script for Carlos Through the Tall Grass had earned the honor of making Hollywood’s Black List, a list of the most-liked scripts waiting to be produced. (Other scripts from the Black List have included such prestigious and popular films as Juno, Spotlight, Bird Box, The Social Network, and others.) When the writer and director, Rick Dominguez, came to the Ruth B. Shannon for the Performing Arts to hold auditions, he met with McCarthy to discuss the details of his film. McCarthy jumped onboard as an executive producer, with one requirement: bringing in her current and former students to work on the film.

As their professor, McCarthy brought her students to the project because she believes in them and their abilities, and had prepared them for just an opportunity. 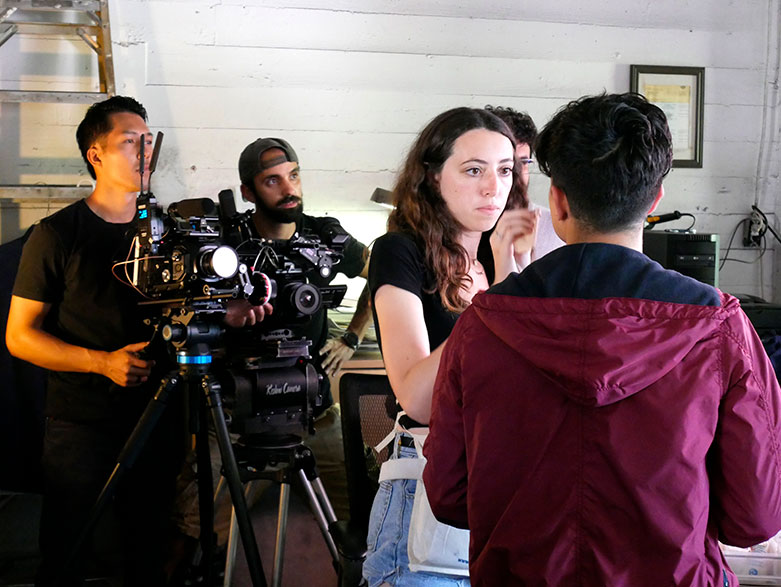 “It’s a robust program,” she said of her courses. “Basic industry standards and practices are incorporated into the curriculum so that when the students go outside of the classroom, they can step on a set and feel comfortable and be knowledgeable and hold their own.”

Tris Macklin ’19 certainly did. She had just graduated with her bachelor’s in English, and a minor in gender studies, when she heard about the project. She loves film and aspires to write and direct her own, so she couldn’t pass up an opportunity to work on a real film set.

Macklin helped bring Carlos’ world to life, supplying the tangible touches like props and set decorations that make a movie feel real and authentic. She loved being on set everyday, working long but rewarding hours with an incredible cast and crew.

“It was an honor to talk to them, get advice from them and work beside them,” she said. “It’s an experience that I’ll never forget.”

Working on a real set is rigorous, but the students have prepared to rise to that challenge with practice on a smaller scale, said Professor of Theatre and Communications Arts Jennifer Holmes.

“When you enlarge the scale, then they learn how much they really know,” said Holmes, who was the film’s co-producer and casting director. “It prepares them in a more specific way than what we can do with them in the classroom.”

The professors felt rewarded seeing their students thrive under pressure. Producing the film on a micro-budget and shooting it in a limited time frame—15 days—was quite an accomplishment for all involved.

On the Set of an Indie Film