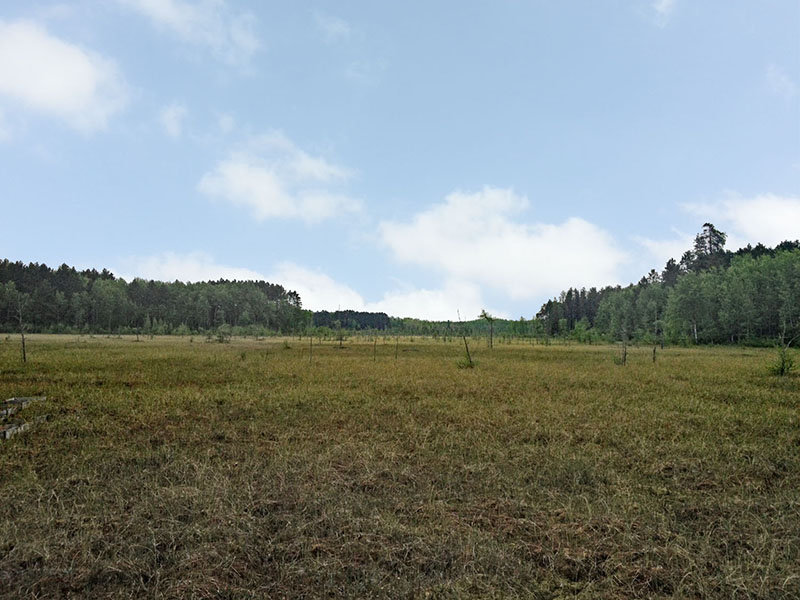 The relative silence of a frozen wetland was broken by the revving of a chainsaw, heralding the beginning of an investigation into how climate change might already be affecting our environment.

The saw cut neatly into the icy peatland at the environmental scientist’s feet. Extracting the block of frozen peat, the science team had obtained what they had come to the Marcell Experimental Forest of northern Minnesota for: a carbon-rich slice of nature that helps tell the story of a changing climate’s impact.

Environmental science professor Cinzia Fissore, the Roy E. and Marie G. Campbell Distinguished Chair in Biology, and one of her former students, Angelica Klein ’15, were members of the team, and their findings were recently published in the journal Biogeochemistry.

Peatlands collect a great deal of organic carbon—in fact, they store over a third of all soil organic carbon worldwide. The uppermost portion contains some of the richest information, such as how much carbon the plants are absorbing and how fast they’re decomposing. Analyzing these factors helps climate scientists understand whether the environment is already showing responses to rising temperatures and growing amounts of carbon

After extracting a sample from their frozen peat blocks, the collection team immediately wrapped the peat in plastic and shipped it to coolers at the University of Minnesota, where it could be sliced up and studied further. Some of those slices were packaged up with dry ice and shipped to Whittier, where Fissore and Klein continued their work.

Together, with their colleagues in the Midwest, they gained a better understanding of decomposition in the northern peatlands during the past 50 years. Among their findings, the researchers discovered that their sampled peat had lost large amounts of mass—between 40% and 55% in just 50 years. Their study can create a foundation for further investigations into potential climate-induced changes in the carbon pool located in peatland ecosystems.

Klein spent two years on the project, including time at the prestigious Lawrence Livermore National Laboratory, where she conducted radiocarbon analysis on peat samples. It was an incredible time for Klein, who presented initial findings with Fissore at numerous conferences and is a co-author in their recent publication. She is now an assistant project manager with Rooftop Republic Urban Farming in Hong Kong, an innovative social enterprise that promotes sustainable food ecosystems.