'It's a Wonderful Life' Returns

'It's a Wonderful Life' Returns 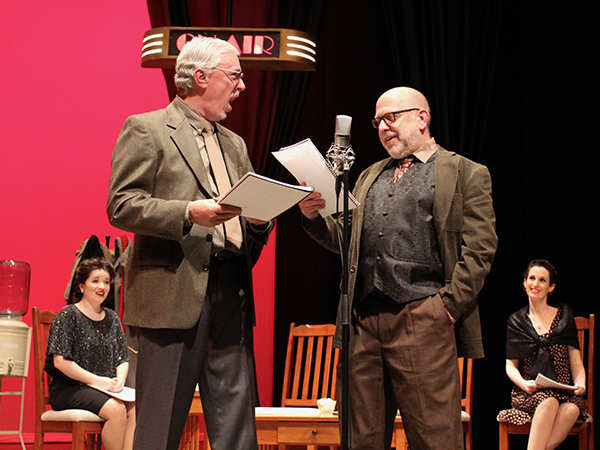 The enduring story of one person’s impact on their community, It’s a Wonderful Life, returns to Whittier College.

Students, alumni, and faculty star in the annual performance, which adapts the classic film into a fast-paced, live performance radio play. Now in its eighth year, It’s a Wonderful Life returns Dec. 4 for one night only at the Ruth B. Shannon Center for the Performing Arts—its stage transformed into a late-1940s radio station in full holiday swing.

Stephee Bonaficio ’20, Sydney Summers ’19, professors Seamus Lagan and David Paddy, and others breathe life into the residents of Bedford Falls. The story follows George Bailey, a man who’s given a supernatural opportunity to see how life would have turned out for the worse for his family, friends, and neighbors, had he never been born.

The play is staged through the Enceladus Theatre Company, which is committed to presenting vivid and imaginative works of theatre that challenge audiences. Theatre professor Gil Gonzalez, the company’s artistic director and director of the show, feels for George’s family when he finally breaks down after their business goes under. He’s at the end of his line—which is where an angel, Clarence Oddbody, steps in to take him on a retrospective of his own life and the impact it’s had.

“While George's life didn't play out the way he dreamt it would, George has his family, his health, and is surrounded by a community that truly loves and appreciates him,” Gonzalez said. “From my perspective, a person can not ask for much more.”