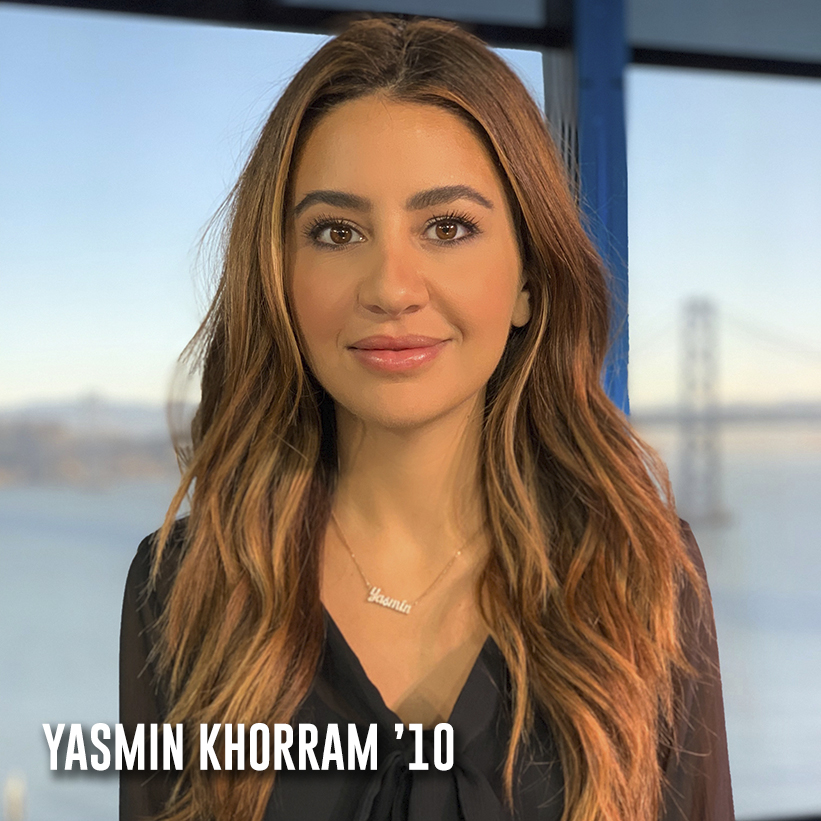 Yasmin Khorram ’10 is San Francisco-based field producer for CNBC, and covers various sectors in the tech industry and reports for CNBC.com. Khorram is also the 2019 recipient of the Outstanding Young Alumna Poet Award.

When she was a senior at Whittier College, she started the first television station on campus. It was that drive and innovation that propelled her to a series of high-demanding positions in broadcast journalism. Only 10 years from graduating, she is an Emmy nominated producer.

With her motto that “no challenge is too great,” Khorram has been on the front lines of breaking news and in the front row of the control room.

Khorram started her career at CNN in 2008 as an intern in the Los Angeles bureau where she helped translate Farsi for coverage of the Iranian presidential election protests. She joined the network as a video journalist in 2010, eventually winding up in New York City as a producer for CNN Tonight With Don Lemon where she was nominated for an Emmy as part of the team that covered the Manchester Concert attack.

Along the way, she worked on several primetime shows and reported on numerous high-profile stories for CNN.com. Khorram’s experience includes coverage of the 2016 presidential election where she produced live shows for the political conventions, debates, and inauguration.

It was her resourcefulness that led to several exclusive stories for the CNN investigative unit during the Pulse Nightclub terror attack in Orlando and the Chattanooga shooting rampage. She was also the first to interview crew members on the ill-fated El Faro, the ship that sank during Hurricane Joaquin.

What she learned at Whittier is never far from her mind and she has shared that in numerous speaking engagements. Khorram has been a panelist at the Iranian American Women Foundation Conference in 2017 and 2019. She also spoke at the Future of Journalism Leadership Forum for the 100th anniversary of the Quaker Campus.