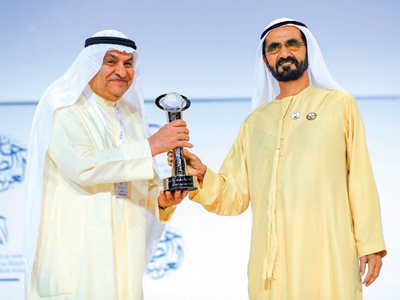 Al Saqr was recognized for his work as founder and publisher of the Kuwaiti newspaper Al Jarida.

Al Saqr graduated from Whittier College with a degree in economics. After Whittier, he worked in banking and investment before switching to a career in journalism in 1983. While working as a journalist Al Saqr was appointed as editor-in-chief of the daily newspaper, Al Qabas. He served this role until he was elected as Arab parliament president in 1999.

Previously recognized for his journalism, Al Saqr received the International Press Freedom Award in 1992 for his courageous reporting on political and human rights issues in the face of government threats of censorship and prosecution.