Empowering Youth from All Walks of Life 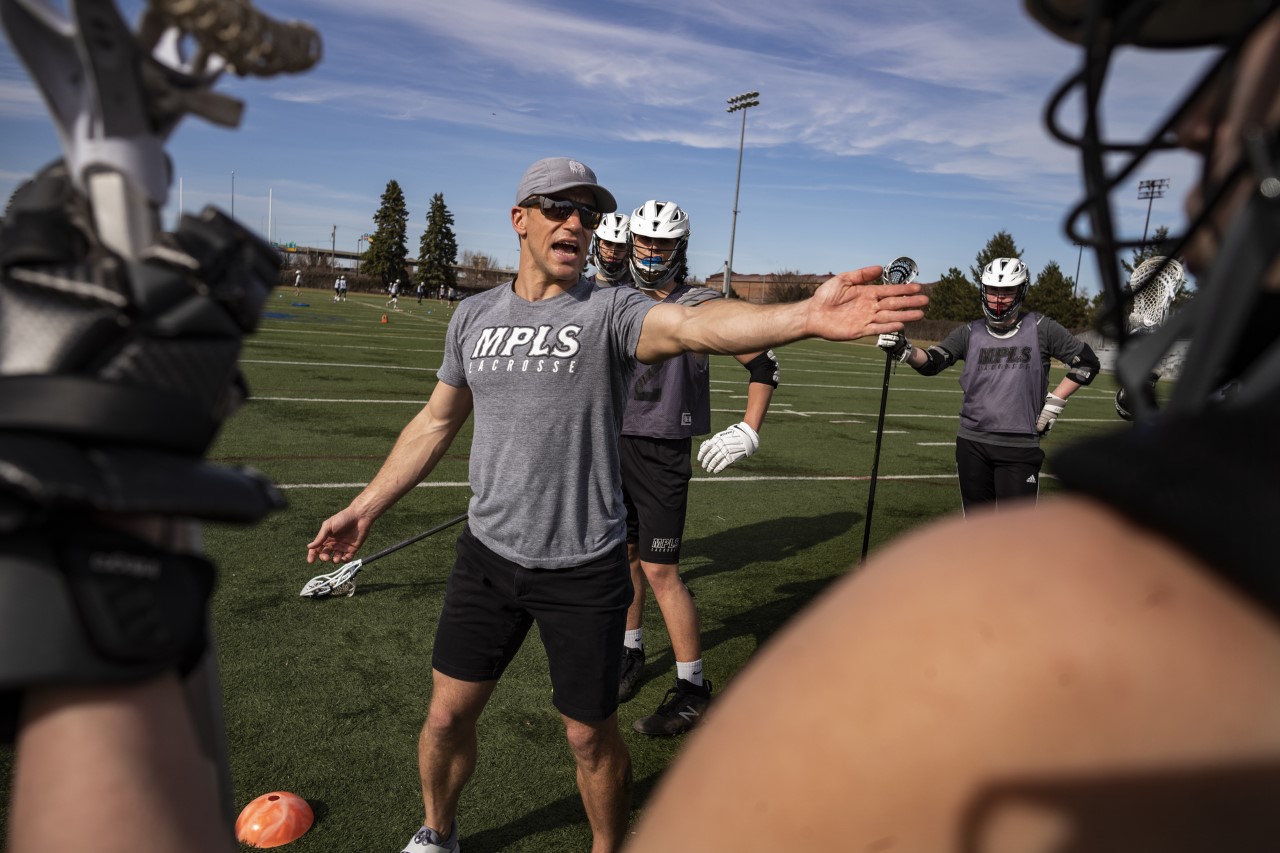 “I think athletes work the hardest when they feel supported and get to be present,” said Aron Lipkin ’06, executive director and co-founder of Homegrown Lacrosse in Minnesota, an organization dedicated to empowering young people from all walks of life to excel on and off the lacrosse field.

The idea for Homegrown Lacrosse, which was founded in Harris Hall while he was a student and lacrosse player at Whittier College, was born out of Lipkin’s love of the sport. He was introduced to lacrosse when he was 13 and came to appreciate the fun, freedom, community, and opportunities for leadership it offered. It gave him a sense of purpose, confidence, and support.

“The outcomes weren’t that important, and our coaches just seemed happy to share the game with us,” Lipkin said. “While other sports I played tended to have deep-seated rivalries, lacrosse gave me a sense that we were all in it together, like a family.”

At Whittier, Lipkin and the other co-founders of Homegrown Lacrosse—some of the first lacrosse players from Minnesota to play in the NCAA—felt a duty to share what they had learned about the game. At first, they tried working for various summer lacrosse camps, but came to realize that they wanted to do more for the community by making longer-term investments in it.

Lipkin’s next step was to call the Secretary of State about how to start a business.

“They sent me a guide and off I went,” he said. “We ran our first camps after my sophomore year, and I joined the Whittier Scholars Program shortly thereafter so I could tailor my education around [Homegrown Lacrosse’s] needs.”

Now, as a leader in the lacrosse community, Lipkin strives to make lacrosse a place of acceptance, passion, and togetherness. For example, a parent reached out to him seeking advice for her 13-year-old son who had come out in most areas of his life except lacrosse. Lipkin responded with words of comfort and assurance, and revealed his own identity as a gay man.

The experience pushed Lipkin to also come out in more areas of his life, eventually sharing his identity on social media in October 2018 on National Coming Out Day.

“A few months later, I celebrated my first proper Pride celebration with my boyfriend in Boston,” Lipkin said. “As we held hands and walked, I noticed that people passing by either didn’t pay any mind to us or they would look at us and smile. Here was this part of me that had been the source of so much fear and stress for so long, and all of a sudden it was the part of me that was being celebrated.”

For Lipkin, the “pride” in Pride Month represents courage, strength, and transformation, but he also recognizes that coming out with pride is difficult for many. He encourages those hesitant to come out to trust their instincts, slow down and check-in with themselves, and find people they can talk to.

Lipkin also takes an active approach to curbing homophobia and promoting acceptance among his athletes. As a coach, he tries to set the right example and establish a core set of values.

“A lot of the time, young athletes are mirroring what they hear at home, school, or popular culture,” said Lipkin. “The most common place I see this come up is in music. If I hear [a homophobic slur] in a song one of my athletes is listening to, I’ll just pause and ask them what the song means to them and what someone walking by might assume if they heard them playing that music.”

At the end of the day, Lipkin lives by the golden rule—treat others how you would like to be treated. With respect to life and lacrosse, he believes fun and family, not necessarily winning at any cost, should be the goal.

“That doesn’t mean I don’t want the kids I serve to find success or work hard,” said Aron. “I just think that when we as coaches create those kinds of environments and then celebrate each athlete’s efforts within that space, the effort itself becomes a source of joy.”

Empowering Youth from All Walks of Life