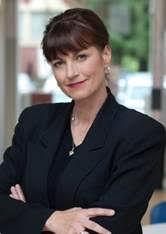 The documentary Dave Brubeck: In His Own Sweet Way was showcased at the Savannah-Safe Jazz Festival on September 23 in celebration of Brubeck’s 100th birthday.

The 2010 film presents a chronological look into the life of Brubeck, a jazz musician, composer and performer. It shows his life through performances, interviews both contemporary and archival as well as commentary by family, fellow musicians, and aficionados. The film also shows his ability to find musical ideas everywhere and the variety of support he received during his life and more.

“Making the film was a great experience and I am happy that the festival [shared] the life and music of one of the greatest jazz musicians with fans around the world. Dave was an incredible artist, but more importantly, in the film you will see, he was a kind and loving human being who cared deeply about family and friends and never shied away from righting the wrongs of injustice”, said McCarthy.

In related news, a group of McCarthy’s students, Riley Ramirez ’21, Jakob Rippe ’22, and Luke Agajanian ’20, were recently hired to independently produce a series of online learning tutorials for the Whittier Area Literacy Council. The Literacy Council is a non-profit organization, founded in 1962, with the mission of building a stronger, more literate community by connecting those who can help with those who need it the most by teaching people how to read, write, and speak English.

According to McCarthy, Literacy Council executive board members Patricia Almada and Lucy Alaniz interviewed the three students and said that they “were very impressed with the experience of our students and were Looking forward to working with such a talented group.”