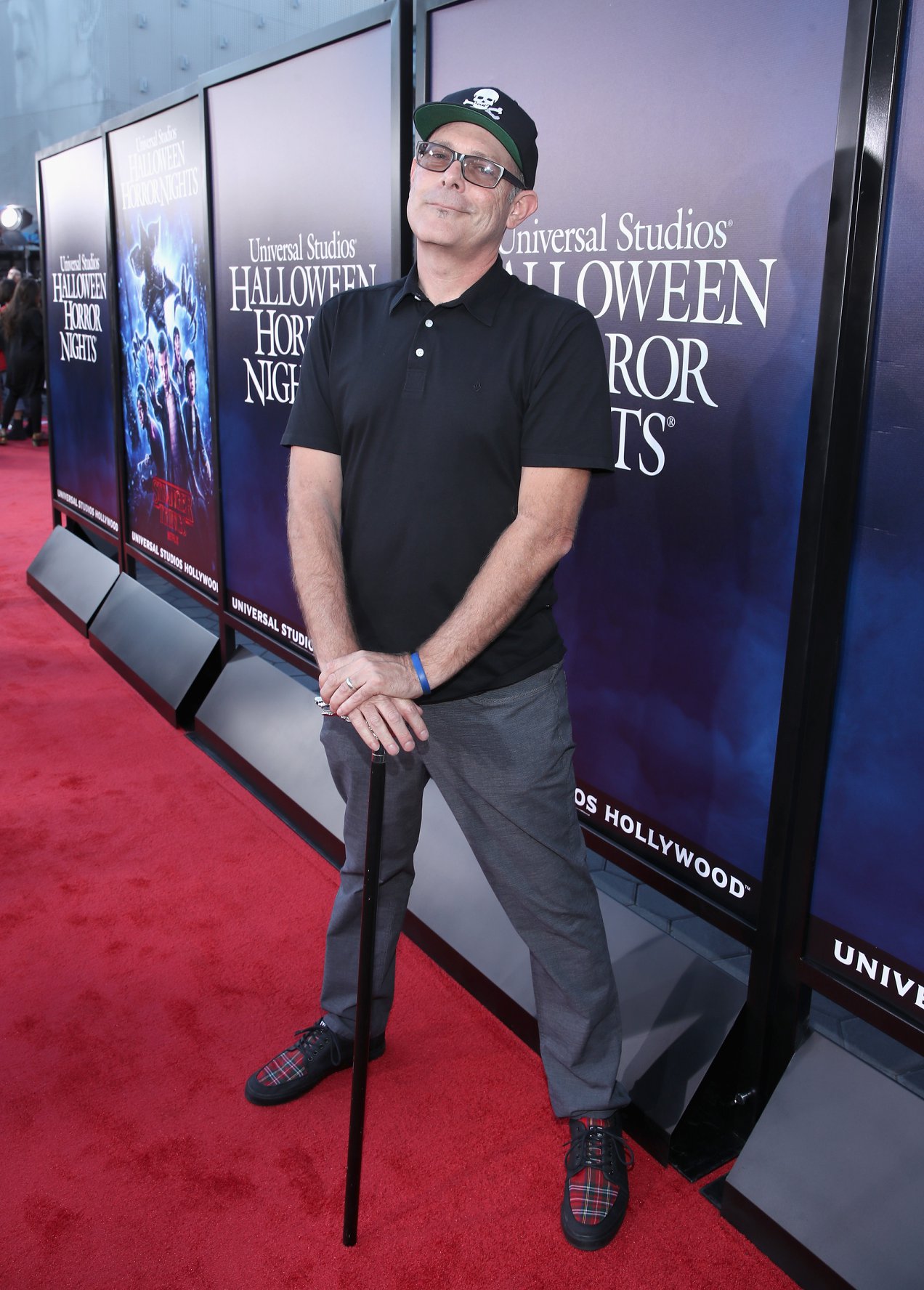 This year marks the 15th anniversary of Universal Studios Hollywood’s Halloween Horror Nights, but like much else, amid COVID-19 concerns and lack of reopening guidelines from the state, this year’s festivities had to be put on hold. This comes as a major disappointment to die-hard fans of the event but especially to creative director and Poet John Murdy ’89.

Murdy has spent much of his 30-year career working in the theme park entertainment industry. And, since 2006, Murdy has served as creative director and executive producer of Halloween Horror Nights -- making him the mastermind behind some of the park’s scariest attractions.

In a telephone interview with the Los Angeles Daily News, Murdy shared his thoughts on how to celebrate Halloween this year, “The best thing anyone can do in this world right now, with everything going on, is to be creative and use that creativity for good and to do something positive”.

That said, Murdy breaks down tips and tricks about how we can create scary yet safe, spooky experiences at home.

Devise a Theme
All of Murdy’s great Halloween Horror Nights maze ideas, from the Exorcist to IT, started with a stack of Post-It notes and a concrete idea. To make a successful home haunted house, you need to come up with a theme or story to follow. Every year for Horror Nights, Post-It notes line Murdy’s walls with ideas for different themes, characters, and storylines. As the idea is developed further, you can add or take away sticky notes as you see fit. He told the Daily News “It’s kind of like outlining a television episode or writing a screenplay. Starting with the Post-It Notes is a way you can look back at it and edit it and move things around until it’s just how you want it. That’s how we’ve designed almost every maze we’ve created.”

Be Creative with Everyday Household Items
By watching special effects artists like Rick Baker and Stan Winston early on, Murdy has implemented many of the same gag techniques in his mazes. For example, one of Murdy’s staples is hanging thread from the ceiling to create the illusion of walking through spiderwebs. At home, you can lower ghosts and ghouls in for a scare by using a basic rope and pulley system. Additionally, there are thousands of fake blood recipes on Youtube, that use anything from Kool-Aid and chocolate syrup to cornstarch and red dye. Murdy says that reviving the traditional art form of building forts with sheets and cardboard boxes can create a fun climb-through experience for younger kids. Murdy also used his mother’s Christmas decorations in place of animatronics, to bring to life certain scenes of his at home experience.
Another element of an at home scare is the costumes. Remembering one of his first homemade Star Wars costumes, Murdy reminds us that costumes can be made with items found around the house or forgotten clothing items hiding in the closet. “My mask was the most painful thing I think I’ve ever worn,” he said of another homemade Tusken Raider costume, “It was made of chicken wire and burlap with that thick paste you use in elementary school holding together the layers of burlap. I used Dixie Cups for the eyes and wrapped them in silver contact paper.”

Produce Your Own Short Horror Film
Due to the ongoing pandemic, Murdy and his two young daughters were forced to get even more creative during quarantine. Their solution was Stay-At-Home Cinema, a series that utilizes storyboards, stop-motion animation, and even toy dolls and dinosaurs to create ‘movie magic’. “We’d sit down at breakfast and have story conferences and collaborate on a script,” Murdy said. Due to social distancing guidelines, trick-or-treating this year may look different or be prohibited altogether, so instead, Murdy is opting to create a mini-movie for an original Halloween poem. After storyboarding the poem, filming the scenes, and narrating the poem they used a smartphone app, iMovie, to edit it down to the final product. Murdy says creating a short film is a great way to stay inside but still exercise the Halloween spirit. “Now you can do all kinds of things without spending a lot of money, but it really challenges your creativity,” he said. “It’s easy to be creative if you have all the resources in the world, but all of this is kind of a full circle for me. This goes back to when I was 10 years old and had no budget to entertain the neighborhood kids.”