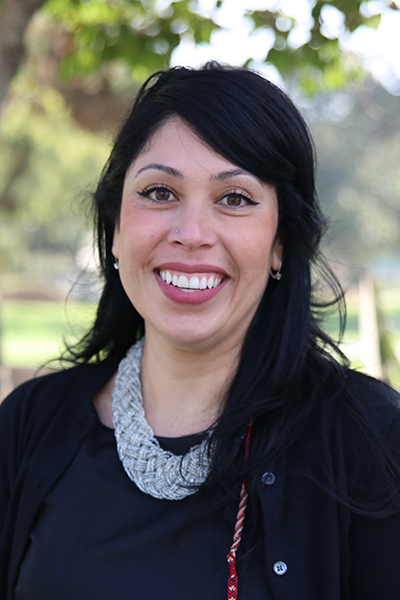 Professor Sylvia Lopez Vetrone ’99, the James Irvine Foundation Chair in Biological Sciences, is known to her students as a tireless mentor, advocate, role model, and exceptional educator. In 2021, her work was recognized with the 2020 Nerhood Teaching Excellence Award.

Of the number of student nominations, many lauded her for her dedication to students.

“[Professor Vetrone] served as an inspiration to me,” wrote one student. “When I first transferred to this school they...reassured me that I would be successful if I tried and worked hard. They were supportive while also being realistic. I always appreciate their honesty.”

Another student wrote, “What makes this faculty member exceptional is their desire to see students excel and to push them to places they didn’t know they could go.”

Vetrone has been teaching at Whittier College since 200​8 and since that time, she has taught and mentored countless students along their paths to achieving their academic and career goals. Through her scientific expertise in the fields of immunology and oncology, she aims to reach all types of student learners with the goal of increasing their scientific literacy, advocacy, and—optimistically—their spark of interest in the biological sciences.

It came as no surprise to her students and colleagues when she was named the 2020 Nerhood winner.

A faculty colleague wrote this in their nomination, “[Sylvia] models and insists upon rigorous thinking and works tirelessly toward the goal of preparing first-generation students for graduate school. And, in her classrooms, she encourages students to learn about women of color in the sciences and to think about themselves as next in line.”

According to Vetrone, she committed early in her graduate training to dedicating her life's work to sharing, facilitating, and demystifying the process of science for “anyone who showed a slight interest.”

“Receiving this award has been a humbling and affirming experience that has motivated me further to keep serving our students,” said Vetrone. “My passion for science and increasing access to higher education and STEM are enacted through my teaching and mentoring of undergraduates,” she added. “My students help me continue to grow into a better mentor and educator, as they teach me new ways of serving them as I learn about their families, goals, and challenges. Taken together, it is the relationships that I build with students that allows me to assist them in not just reaching their goals but exceeding them.”

Vetrone appreciates the privilege she has in working with young people at a point in their life when they are just finding out who they are and what they want their life’s work to be.

“What motivates me is knowing that I can use this privileged position and my own lived experience to help students find and connect with the guiding posts along their paths that will launch them further towards their goal,” she said. “Being able to help lower or remove unnecessary barriers and witnessing our students' growth and goal achievement is the fuel that keeps me motivated.”

Vetrone's current research focuses on two areas of inquiry: 1) investigating the potential health and anti-cancer benefits of cultural and popular nutraceuticals (plant derived chemicals and extracts), and 2) validating the field readiness of nanoparticle DNA-based biosensors for the use in detection of bacterial pathogens that pose potential health and bioterrorism threats in liquid and solid foodstuffs.

Using both the nematode animal model, Caenorhabditis elegans and various cancer cell lines, Vetrone has worked with teams of students to explore the impact of nutraceuticals or synthetic nanoparticles on cancer progression, longevity, reproduction, metabolism, and immune function. Through this research, Vetrone and her students aim to better understand the mechanisms through which natural extracts impact the cellular integrity of organisms, and how they may be harnessed for therapeutic purposes.

In addition to her one-on-one work with students, over the past 13 years, Vetrone's service to the College has focused on student engagement and preparation for graduate and career readiness. She has led and directed the development and implementation of three foundation-funded internal fellowship programs with the primary goal of increasing underrepresented students in STEM fields and higher education to diversify academia and industry. Similarly, as the current Director of Fellowships, she helps students to identify and apply for fellowship opportunities, coordinates the application process and reporting for all internal student fellowships, and has served as a mentor for fellowship awardees.

Vetrone earned her bachelor’s degree in biology at Whittier College and her Ph.D. in Molecular, Cellular, and Integrative Physiology at the University of California, Los Angeles.