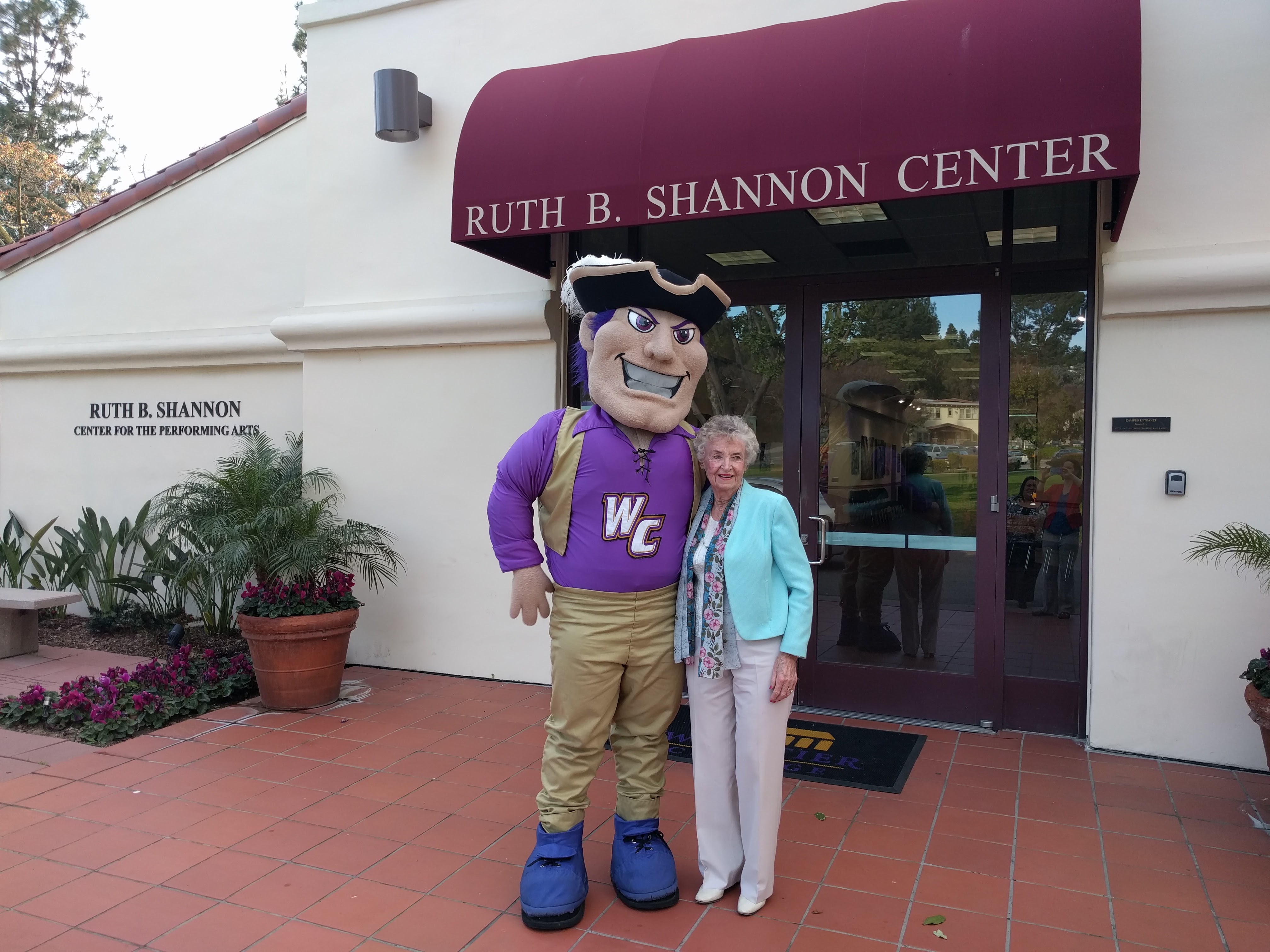 A well-known City of Whittier resident, Shannon was a long-time philanthropic supporter of Whittier College, reaching the status of Poet Laureate.

Shannon dedicated countless volunteer hours to the advancement of the institution and joined the Board of Trustees in 1979, serving as a member of various leadership committees.

“Ruth was a champion of Whittier College within the local community and was a strong believer in the College’s mission to educate students of every background,” said President Linda Oubré. “Ruth was also a very generous and kind individual who warmly welcomed my husband, Nate, and me to the Whittier community and would often invite us to her home.”

In 1985, Shannon chaired the Board’s campaign to build the performing arts center on campus. Her efforts resulted in gifts from more than 750 donors, totaling more than $9.3 million in contributions. The center was dedicated in 1990 as the Ruth B. Shannon Center of the Performing Arts in honor of her tireless work. Since its opening, the Shannon Center has been a leading cultural arts destination in East Los Angeles County. Among the artists who have graced the stage are Oscar-winning composer Henry Mancini, Pulitzer Prize-winning playwright Nilo Cruz, the Grammy-award-winning group Los Lobos, Broadway star Susan Egan, numerous renowned Latin Jazz performers, and a slew of award-winning native-Hawaiian musicians as part of the popular annual Aloha Series. Shannon was a devoted patron of the Shannon Center and one of its biggest promoters in the community.

“Whittier College has lost a great friend with the passing of Ruth B. Shannon,” said Board of Trustees Chair Miguel Santana. “But the legacy that Ruth, and her late husband Ed, left behind will benefit countless of Whittier students in the years to come.”

Previously, Shannon worked as a high school teacher in California and Ohio for five years.

Shannon was a longtime resident of Whittier, California. She was predeceased by her husband, businessman and philanthropist Edfred L. Shannon. She is survived by her daughter Kathryn and sons Michael and Bruce.

Information on memorial services will be shared when available.