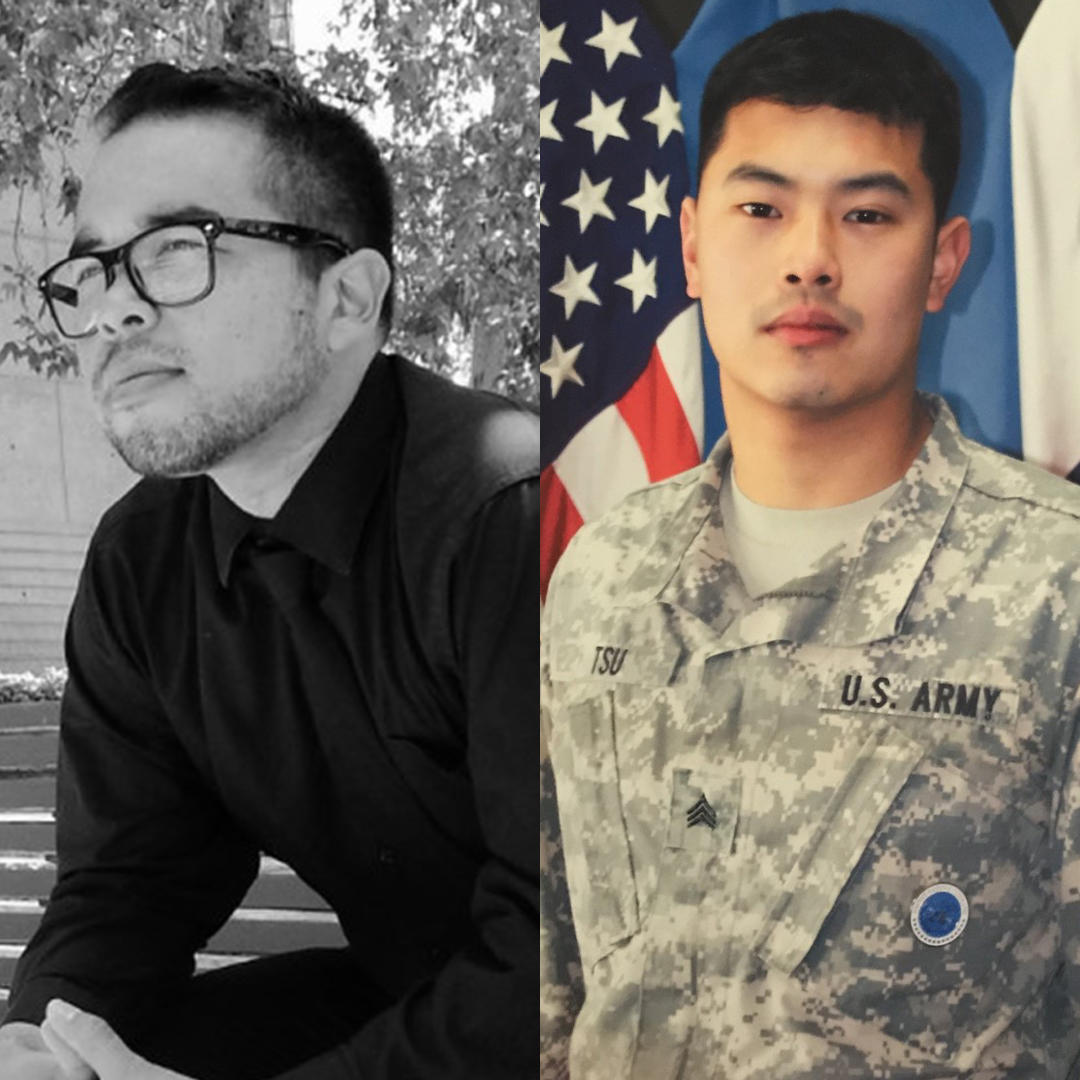 Joshua Elsen ’20 (left) and Patrick Tsu ’20 (right) are part of the first graduating cohort of student veterans at Whittier College since the establishment of the Veteran Resource Center (VRC), which they each helped bring to fruition.

Elsen and Tsu’s military service is meaningful to them in different ways, but each feels enriched by the experience. Elsen joined the United States Marine Corps as a field radio operator in charge of communications between his and other units. He decided to serve his country after witnessing the events of 9/11 and because he wanted to become something more.

“Becoming a marine was one of the biggest challenges and honors I’ve had in my life,” said Elsen. “I was able to see parts of the world and experience things that many people can’t.”

Tsu served in the United States Army as an IT technician, IT supervisor, and, eventually, maintenance supervisor. Joining the military was an opportunity for him to move away from home and travel the world.

“My military service taught me loyalty to those I served with and to be accountable for my actions,” said Tsu. “It also taught me to have the courage to stand up for what’s right.”

At Whittier, Elsen, who studied political science, and Tsu, who studied economics, helped create a stronger community for veterans on campus. They recognized that things could be made better for Whittier’s student veterans, so they made significant efforts to raise veteran awareness, make Veterans Affairs work study more accessible, improve school policies on the GI Bill, and more.

Elsen, Tsu, and Aaron Mendoza ’20, another student veteran, even introduced rituals from their military service to campus, such as Whittier’s first annual Mess Night. The event successfully brought students, faculty, community members, and the veteran community together for a dinner ceremony steeped in military tradition.

Alongside Administrative Assistant and New Student Programs Coordinator Frances Romo, Veteran Services Coordinator Maria Cristina Navaja, and others, Elsen and Tsu played integral roles in the establishment of the Veteran Resource Center (VRC). Tsu worked as the VRC’s treasurer and helped wherever else he could. Elsen contributed to the center’s development of support programs to help student veterans succeed in and outside of the classroom.

In recognition of their contributions to Whittier’s student veteran and campus community, Elsen and Tsu were each given Senior Keys for the 2020 Student Life Awards. As they think about their next steps–Elsen is considering a Ph.D in political science and Tsu is looking to get a master’s degree in business administration–they’re confident that the VRC and student veteran community is in good hands.

“Building up the [VRC] was a major accomplishment,” said Elsen. “I can say that veterans have a place at Whittier. The center will continue to flourish, and I know that Whittier has the right people to get the VRC where it needs to go."