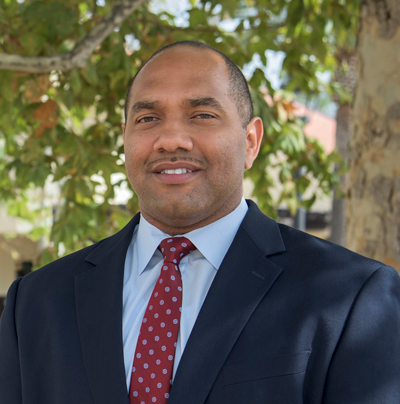 President Linda Oubré announced the appointment of Falone Serna as Whittier’s new vice president for enrollment management. Serna will begin his post at the College on September 9.

As vice president for enrollment management, Serna will be responsible for providing strategic leadership of the College’s enrollment revenue streams including undergraduate and graduate degree programs, and certificate and non-degree programs post launch and incubation. He will report directly to Oubré and will be a member of the president’s cabinet.

Serna is an experienced enrollment management professional with a background in higher education marketing, recruitment, and admissions. He has worked at several institutions similar to Whittier. Serna is joining the College from Pepperdine University where he currently serves as director of admission for Seaver College. At Pepperdine, Serna greatly enhanced the institution’s use of customer relations management tools and data analysis to support strategic decision making and to ensure efficient use of resources. Prior to Pepperdine, Serna served as the director of admission at Reed College in Oregon. His leadership resulted in improvements in the department’s infrastructure and operations and significant growth in applications. Previously, Serna worked in admissions at Harvey Mudd College and the University of La Verne, and he also spent some time in sales, marketing, and promotions at the Los Angeles Times and Infinity Broadcasting-KROQ Radio. He is a frequent conference presenter and well-known industry expert in higher education enrollment management.