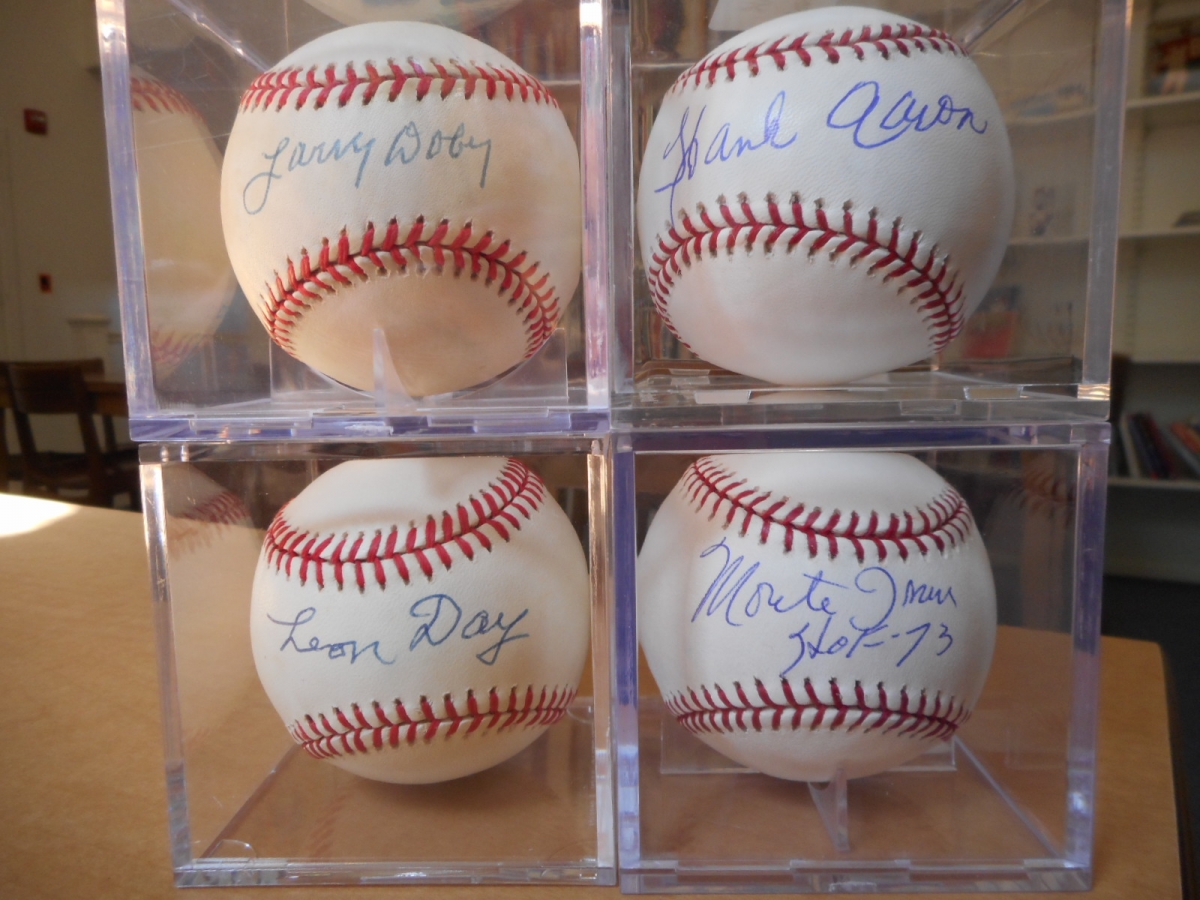 Whittier College's Institute for Baseball Studies received a major donation of memorabilia from the Negro Leagues.  The collection includes more than 300 baseballs signed by Negro Leagues' players, as well as signed photographs and postcards, statues and figurines, and a variety of ephemera.

The Negro Leagues were professional baseball leagues comprising teams predominantly made up of African American players. The term may be used broadly to include professional black teams outside the leagues and it may be used narrowly for the seven relatively successful leagues beginning in 1920 that are sometimes termed “Negro Major Leagues.”  The integration of Major League Baseball in 1947 marked the beginning of the demise of the Negro Leagues, which were defunct by the late 1950s.