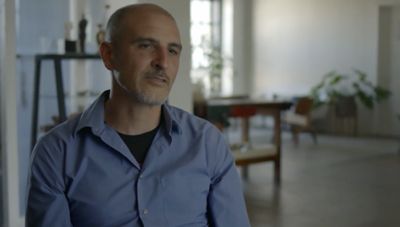 A new KCET documentary series Tending Nature highlights the Ohlone people, who populated much of what is now the San Francisco Bay Area. The episode features chefs Louis Trevino and Vincent Medina, who are introducing native foods to today’s population.

The series also features Associate Professor of History Natale Zappia, who talks about the important role food plays to native communities. “Many native communities are using food as a sovereignty issue […] and linking it with culture, and using that to overcome trauma, but also to build community,” said Zappia.

Zappia further explains that California’s unique geography creates biodiversity, which produces more food sources, and has been providing farm to table dishes for thousands of years. Bringing these fresh ingredients to their kitchen, Trevino and Medina use foods that are in season to create dishes that their ancestors would still recognize to this day.

Zappia has written extensively on indigenous people. He specializes in colonial/early national North America with an emphasis on the early modern borderlands of the Atlantic World, Pacific Rim, and Native America. His research and teaching explores the intersection of continental trading networks, food pathways, and ecological transformations in colonial North America.

View the full episode on KCET.