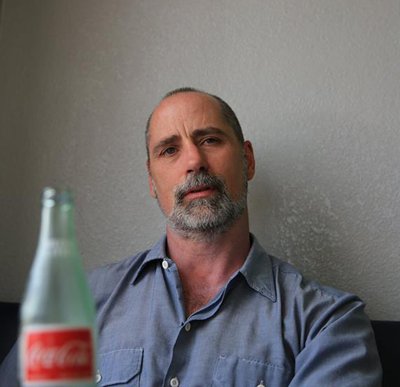 In a new Los Angeles Times piece, Visiting Assistant Professor of English Joe Donnelly shared his affection and admiration for Luke Perry, the iconic television star of the 1990’s popular television series Beverly Hills 90210 who recently passed away due to a massive stroke.

In the piece, Donnelly describes the influence Perry had on him as a writer in his early 30s, new to Los Angeles, and trying to figure out his path in life.

In an excerpt from the article, Donnelly writes: “It’s hard, though, to overstate what a sensation Luke Perry was back in the day. He was beautiful enough to cause commotions in tabloids and in teenagers’ chests, but there was always more to Perry than a pinup. He seemed strong and decent. His eyes were full of mischief and kindness, and he said a lot with a little. In an era that’s bestowed tech disrupters, investment bros and chattering-class screamers with some sort of exalted holy status, Perry had the whiff of a more sacred American archetype about him. Maybe we were just proud of him.”

Donnelly is an award-winning journalist, writer, and editor. His work has appeared in the Los Angeles Times, Los Angeles Review of Books, LA Weekly, Mother Jones, Huck, Orion, Slake, The Surfer’s Journal, Washington Post, and other publications. Donnelly co-founded and co-edited Slake: Los Angeles, the acclaimed journal of long-form journalism, fiction, essay, poetry, photography, and art. His latest book, L.A. Man: Profiles from a Big City and a Small World, is a journalistic collection of encounters with iconic celebrities.

Read the full story on the Los Angeles Times website.