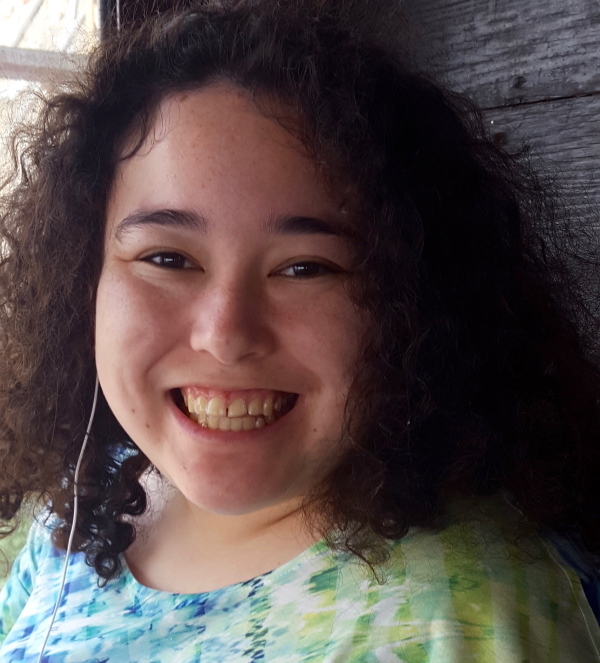 MeiMei Liu’s ’20 poetry connects ancient appreciation for the environment with present fears for its well-being.

Now, her work is being recognized on a national level. Liu, an English major, was shocked and delighted to hear that she had recently won the national Edna Meudt Memorial Award, which is given to two undergraduates in the country each year by the National Federation of State Poetry Societies. She’ll receive a $500 award and her collection of 10 original poems, Survival of the Fittest, will be published and marketed through Amazon.

“One never writes with the hope of recognition; one just focuses on the expression of ideas and communicating with an audience,” she said.

Survival of the Fittest was the culmination of her environmental poetry course with English professor Tony Barnstone last year. He led the class through the ancient poetry of China, which focuses on human interaction and appreciation for nature, and the subject matter clicked with Liu. The state of the environment was foremost on her mind, between the ever-present, global news about climate change and the wildfires burning in California at that time.

The structure that Barnstone provided Liu in his courses helped her hone her craft and artistic voice. Her writing benefitted much from him pushing her to achieve her best, giving her helpful critiques, and encouraging her to keep working on a poem until it was truly ready.

“Over the years, MeiMei has come to actually thrive upon hearing difficult criticism, because she understands that art requires the lightning of the gods, and she wants that electricity in her poems,” Barnstone said. “She understands that difficult criticism means that her poems are being taken seriously, not as student assignments but as art meant for a national audience. So, really, MeiMei’s strength as a writer is that she is taking herself seriously, is having larger ambitions, and is willing to rework, rewrite, re-inspire herself until her poems are as perfect as she can make them.”

In the end, her poems combined what she learned about a traditional appreciation for nature with the modern fears concerning the environment—particularly humanity’s impact on it. Her favorite poem, “Survival of the Fittest” (which also became the title of the collection), brings a satirical science-fiction lens to the ways people may have to adapt to a changing planet.

“I really hope that the work will make readers stand back and consider, seriously consider, what we humans are doing to the environment and what our greed, thoughtlessness, and need for convenience, is doing to all life on this planet—from forests, to microscopic sea life, to humanity,” she said.

The national award isn’t the first time Liu’s been recognized for her talent. She’s also won top awards in the English Department’s annual non-fiction critical analysis contests. The breadth of her interests is one of her strengths, Barnstone said. A socially and politically engaged student, Liu has written about not only her personal experiences, but also about the war in Yemen, her own mixed Jewish and Chinese heritage, and more.

Writing is a gift she can’t describe, and as someone who’s autistic and “essentially non-verbal,” she said, poetry is one of the mediums that she can use to express herself as an artist.

“For me, like so many artists, when I compose a poem, I really do feel as if my brain is taken over by a muse and that I am just the conduit for something greater than myself,” she said. “After I finish a poem, even one I have worked, and reworked, I stand back amazed that it came out of me.”