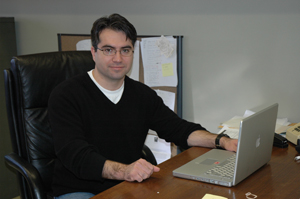 Professor Hector Valenzuela's current research involves the study age-related changes in T cell differentiation and function. There are many reports that have documented T cells changes both in vitro and in vivo. However, it remains unclear why these cellular changes occur and how they influence the many functions of the immune response. At Whittier College, Dr. Valenzuela has established a cell system that accurately mimics T cell aging in vitro. This model system is used to explore the age-related changes that affect T cells and to discover mechanisms that alter the aging rate. Dr. Valenzuela's overall goals can be divided into three parts: 1) to determine the mechanism for memory T cells senescence 2) to study the effect that memory T cell exhaustion has on the immune system and 3) to study natural compounds that alter the aging rate of cells.

American Association for the Advancement of Science