Read about students who are developing their knowledge and skills in biology through engaging courses and academic opportunities. 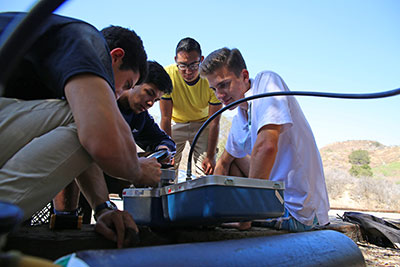 Checking her instruments and notes, first-year biology major Emily Carranza hikes around the sage scrub in Whittier’s east hills, investigating the habitat with her fellow classmates. In this unique location, they apply the techniques and the knowledge they’re learning in the classroom—deepening both their understanding of a pressing biodiversity issue and their own understanding of the scientific method.

This class is part of a new research-focused writing seminar series which allows first-year students to learn the scientific disciplines hands-on. First-years work in groups to design and accomplish research projects under the guidance of peer mentors and their professors, and hone their scientific writing skills, as well.

The seminars have taken advantage of world-class resources like the San Diego Zoo Safari Park, where students went behind-the-scenes of the rhino facility and enjoyed lectures from Jonnie Caprio ’01, a senior zookeeper.

“It’s been an amazing experience. I didn’t know that undergraduate students, especially first-years, could take such a specialized class," said Danielle Gutierrez.

The seminars are made possible through a three-year grant from the National Science Foundation, in partnership with Pepperdine University. 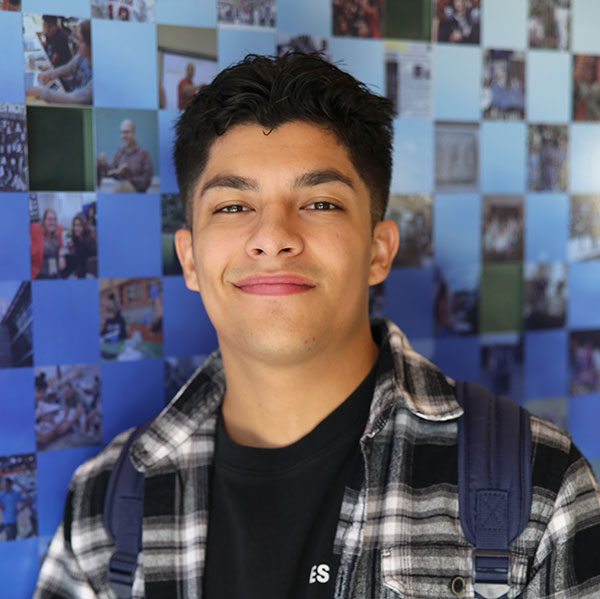 The biology major, with a minor in chemistry, has known since middle school that he wants to treat patients. Naturally he chose the pre-med track, but its path has lead him somewhere he didn’t expect. He still wants to become a doctor, but now he’s adding cancer research to those plans.

It all started with a course he signed up for partly because he was inspired by how cool it sounded: Cancer: Can We Win the Fight. The first-year writing seminar introduces students to basic research and how to compose a solid lab report. He felt comfortable in the course, led by biology professor Sylvia Lopez-Vetrone. He could be himself: curious and outspoken.

Lopez-Vetrone, the James Irvine Foundation Chair in Biological Sciences, noticed. She pulled Martin aside and asked if he would be interested in applying his natural inquisitiveness to more advanced research. She selects a student or two every year to join her cancer experiments. If he kept up his impressive work, he could be that student.

“I got excited,” he said, brimming with enthusiasm. “I was like, wow, my professor’s kind of pointing me out. I felt accomplished already.”

He would soon have much more to feel proud of. He won a grant funded by the National Science Foundation to pursue his own study into his sophomore year, looking at the potential for cannabidiol (CBD) as a cancer-fighting agent. He wants to investigate the potential for natural substances to treat diseases, and step away from synthetic chemicals that are harder on patients’ bodies. His experiments have proven out consistently positive results, building his already growing excitement.

“As I’m going through this, without even knowing it, I’m finding more of a passion to do research,” Martin said. “What’s the next step? What’s next? I want to do it right away.”

He’s grateful to call Lopez-Vetrone his mentor. She set high expectations, and in rising to meet them, he quickly became confident and independent in the lab. Now he’s able to return that favor and guide fellow students who are new to their labs.

“I feel like I’m almost a different student from when I started. All through the college experience, I’ve been able to mature and grow,” he said. “I feel like I’ve grown tremendously since my first year at Whittier.”

Along the way, Martin’s experiments were supported by fellowships, including the Keck Undergraduate Summer Research Fellowship. To learn more about opportunities for financial support for undergraduate and graduate-level work, visit the Whittier College fellowships website. 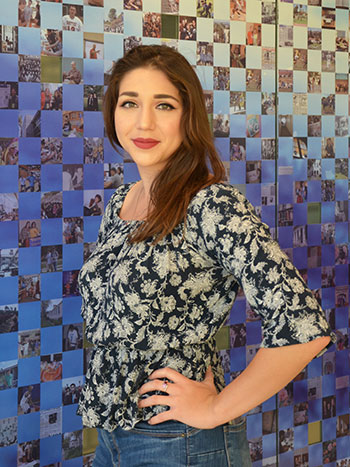 Felicia Delgadillo has been researching natural remedies to find an inexpensive, safe, and easy-to-use way to beat pests, specifically bedbugs.

After studying in professor David Mbora’s writing seminar, which blended research into the course, Felicia submitted a mini-grant research proposal. There are several such research-focused writing seminars offered by the biology department, supported by the National Science Foundation.

Felicia was one of eight first-years at Whittier selected by a panel of reviewers to continue her research, and she spent the summer in the lab testing the bedbugs and how they would react to two different natural remedies: an essential oil mixture and a tea tree oil treatment.

The writing and research seminar prepared her well for the project and Mbora supported her throughout the entire process.

“It was a joy to work with Felicia on this project,” Mbora said. “She is meticulous, can create, set and achieve clear [research] goals and has a capacity for extended, sustained effort and concentration.”

She was pleased to discover that both of her natural remedy treatments were effective in eliminating the bedbugs.

“This was very exciting to me because I can now confidently say that I do have a fairly solid remedy for bed bugs with evidence to prove it, which means I could potentially help out a lot of people in the world,” Felicia said about her findings.