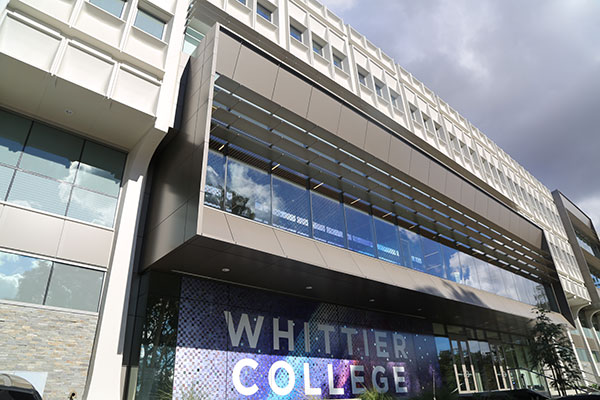 As part of the 3-2 Program, students are able to take advantage of resources and equipment housed in facilities belonging to the Departments of Chemistry, Math, and Physics.

Headquartered in the Science Building, the Department of Chemistry has acquired many pieces of modern instrumentation in recent years that are routinely used by students in laboratory classes and in research endeavors.

A 300 MHz NMR (nuclear magnetic resonance) highlights our instrument holdings and was obtained from a Department of Defense (DOD) grant in 2003. Other recent equipment acquisitions include the following:

The Department of Mathematics has used technology in its teaching of the subject since 1989, beginning with the use of Maple for calculus. Currently a number of mathematics courses offered in the department use the power of today's computer technology to simulate real-world situations in the classroom. We use software packages like Maple, Microsoft Excel, SPSS, MatLab, C++ and Java Programming environments, TeX/LaTeX typesetting packages, etc. A Math Lab containing twelve Pentium 4 PCs running Windows XP Pro and 2 classrooms with thirty PCs are used heavily throughout the year.

The Department of Physics and Astronomy uses cutting-edge equipment both on and off campus to understand matter from the largest to the smallest scales.

On the largest scales, the department makes extensive use of the National Radio Astronomy Observatory’s Very Long Baseline Array for studies of quasars. These energetic objects are the most distant visible objects in the universe, at distances of billions of light years. The Very Long Baseline Array consists of an array of ten radio telescopes stretching from the Virgin Islands to Hawaii, observing at frequencies from 300 MHz to 86 GHz. The department maintains a fully equipped undergraduate research lab with four dedicated Linux workstations for the analysis of data from this array.

For studies of matter on the smallest scales, the department has a research-grade atomic force microscope (AFM). The AFM is a very compact, high-resolution microscope that affords real-time atomic and molecular resolution imaging. But, it would be a mistake to consider the AFM as just a very powerful microscope. It also allows one to perform mechanical, electrical, magnetic, and chemical measurements at the nanoscale, which is essential on the road to the realization of nanotechnology. The AFM also enables one to fabricate specific nanoscale structures by manipulating atoms and molecules. This latter point makes the AFM a quintessential device in accelerating the pace of the already-started nanotechnology revolution.

The department also has a combination of a high-power UV pulsed laser and a dye laser that is used in fluorescence studies. In addition, a research-grade lock-in amplifier was purchased recently. The lock-in will be used together with the AFM to perform challenging tasks, such as detecting the charge distribution below a semiconductor surface or a protein