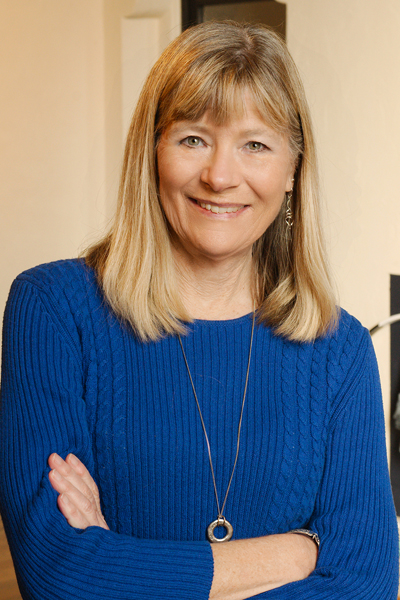 Wendy Furman-Adams started teaching at Whittier College in 1981. She received her Ph.D. at the University of Southern California with a specialty in non-dramatic Renaissance literature, and with secondary areas in Medieval literature, literature of the long eighteenth century, and Italian Renaissance art.

Professor Furman-Adams' scholarship lies at the borders of literature and the visual arts--dealing mainly with the more than 150 artists who have illustrated Milton's works over the past 350 years. Dealing with artists whose work Milton himself might have known, as well as with illustrators working between 1688 and 1992, this work requires a wide variety of methodologies, ranging from new historicism to theologically informed eco-feminism, and has been published in such venues as Milton Studies and The Milton Quarterly, as well as in a number of collections and reference works. Much of this work is part of a longer, ongoing book project called Visualizing Paradise Lost: Artists as Interpreters.

A winner of the Harry W. Nerhood Award, Professor Furman-Adams taught a wide variety of courses, from first-year writing and Exploring Literature to her senior seminar, Writing Renaissance Women. These include Greek and Roman Literature and the Literature of Medieval Europe, in addition to a course on Dante; several courses in early modern (Renaissance) literature, in addition to a course on Milton; a course on the long eighteenth century; and thematic courses--including Discourses of Desire, which looks at romantic love from Plato's Symposium to Wim Wenders' Wings of Desire.

Professor Furman-Adams loves to run and hike, and can often be seen doing so in the hills north of the college. She also loves to travel, to converse over good food and wine, and to settle in with a good book on almost any subject, literary or not.

Co-editor of Riven Unities: Authority and Experience, Self and Other in Milton’s Poetry (Milton Studies 28, University of Pittsburgh Press, 1992).

Author of nearly 30 articles and chapters including

"Milton and the Visual Arts" in Milton in Context (Cambridge University Press, 2010).