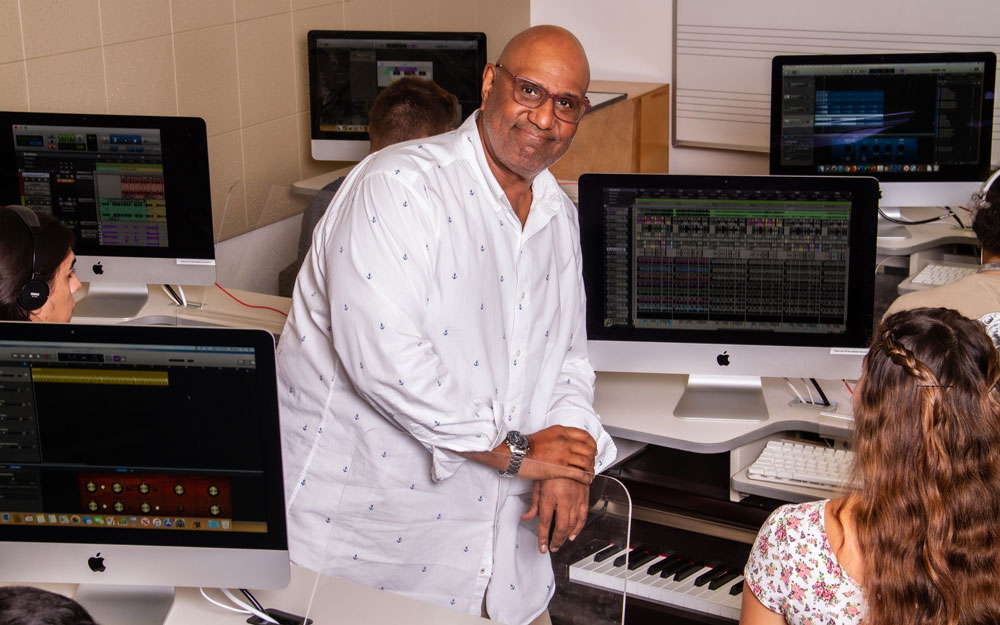 Professor Danilo Lozano is a two-time Grammy Award-winning flautist and music professor. A founding member of the Hollywood Bowl Orchestra, Lozano is best known for his work with Latin jazz and charanga music. He has performed with some of the greatest artists in the genre, including Celia Cruz, Poncho Sanchez, Latin Side All Stars, Israel Lopez "Cachao," and was a featured artist on the soundtrack for Andy Garcia's film The Lost City. Lozano continues to perform regularly in both Los Angeles and across the country. Last summer, he was a featured artist for the Pasadena Orchestra's Clásica - las raíces de la música concert series and the Lionel Hampton Jazz Festival in Idaho. Moreover, he recently organized a new series at Whittier that brings to campus well-known artists for an intimate performance and conversation.