Economics students have engaging and rigorous opportunities to delve into research that excites them the most.

All economics majors complete a senior project consisting of in-depth original research on a topic of their choosing. While professors offer guidance along the way, the senior project gives students a unique opportunity to apply what they’ve learned, hone their skills, discover new ones, and add to the world’s growing knowledge of economics.

Read about students who took great advantage of just that. 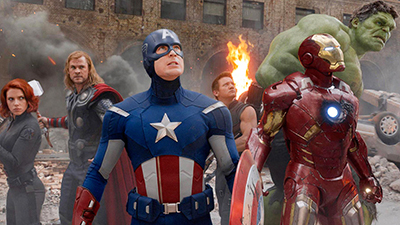 The Economics of Marvel Movies

Since 2007, Marvel’s superheroes have saved the world from aliens, robots, and a primordial world-consuming entity, to name a few. But those explosive and escalating encounters leave behind injuries, bodies, and crumbling buildings. What’s the compounding economic toll to countries in a world full of super-powered beings?

Frances Kelleher sought an answer, and the investigation became the economics major’s senior project. After intensive re-watches of the films and copious notes on every punch and explosion, she was able to quantify the impacts of super-villains and heroes on their fictional economies in terms of real-world numbers.

“There is value in analyzing fiction,” Frances said, who added that it’s possible to learn about the real world by looking at fictional ones.

Her scope included most of the Marvel movies, minus those set in space. Infinity War wasn’t factored in, either; there’s no metric for half of all life in the universe turning to dust. For a measurement tool, she turned to the Global Terrorism Index (GTI), which provides formulas for weighing the toll of deaths, injuries, and property damage to a country’s economy.

She concluded that Avengers: Age of Ultron, which culminates with an evacuated city falling from the sky, had the greatest impact of any one movie—by far—due to 208 deaths, 67 injuries, and $474 billion in property damage. When judging the impact of each superhero individually, she also found Iron Man was typically connected to the most damage.

As Frances watched alien invaders wreck Midtown Manhattan’s skyscrapers, and an out-of-control Hulk tear up Johannesburg, she interpreted the details the way a literary scholar would analyze a text. Without even being aware of the benefit in the moment, Frances was drawing on her English courses to engage the text of the MCU and transform its narratives into the kind of data that her economics training could use. In the midst of world-threatening crises and larger-than-life heroics, she bridged the humanities and social sciences—and demonstrated the inclusive breadth of economics.

“Many people incorrectly view economics as being closely- and narrowly-aligned with the business world,” said professor Roger White. It’s certainly connected to fields like finance and international business, but White points out that economics is “a broad discipline that connects to mathematics, political science, psychology, history, and more.” 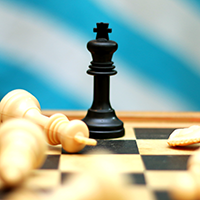 Discovering the Economics of Civil War

At Whittier, Lindsey MacDonald discovered that economics is about much more than money—it’s about the decisions people make, and how those decisions are influenced. After taking a course in conflict economics, Lindsey was inspired to do her senior project, the capstone of her studies, on one of the highest-stakes decisions in the world: when countries get involved in another country’s civil war.

The project was enormous. She analyzed about half a century of conflict for every country in the world, including whether the countries in question have trade agreements, whether they share a border, and whether their populations are likely to have similar cultures, just to name a few factors. When her calculations—which contained more than 30,000 data points—wasn’t clicking, she knew she could turn to professor Roger White to help make sense of it.

Her hard work more than paid off. At an annual presentation of senior projects, Lindsey presented her findings as the only junior in a group of seniors—and won the award for the best project.