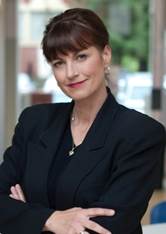 Patti McCarthy has experience teaching classes in film production, screenwriting, creative producing, film history, film aesthetics, and writing. Prior to teaching in the Film Studies program and developing a film major at the University of the Pacific, McCarthy worked as Head of Development at Rastar Productions at Sony Pictures Entertainment and was involved in the production of many well-known major motion pictures, including: Random Hearts (Harrison Ford), Harriet the Spy (Rosie O’Donnell), To Gillian on Her 37th Birthday (Michelle Pfeiffer), American History X (Edward Norton) and The Curious Case of Benjamin Button (Brad Pitt).

Recently, she co-produced a documentary film, Clint Eastwood presents Dave Brubeck: In His Own Sweet Way and a series of short, biographical documentary films about George Lucas which were based on her book, The Lucas Effect: George Lucas and the New Hollywood. Her current research focuses on “The Heroine’s Journey” as a feminist post-structuralist reimagining of Joseph Campbell’s “Hero’s Journey” model for theoreticians, screenwriters, and filmmakers. A frequent panelist at the University Film & Video Association, she has presented papers and published several essays on the topic (McFarland). She is also the producer of the new indie feature film, Carlos Through the Tall Grass.