Graduates of Whittier College's Film Studies program have used the minor to serve as a perfect complement to their major field of study and career plans.

Many graduates continue to pursue their passion for film in graduate school or find success in the entertainment industry in acting, directing, design and technical direction, writing, film, and television. 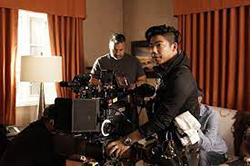 Kevin has brought his skills behind the camera to the set of many exciting movies and series, including The Book of Boba Fett, Marvel's Ant-Man and the Wasp, HBO's Euphoria and Westworld, and prestigious films like Ford v Ferrari and Marriage Story.

“I was attracted to the College because it is a liberal arts school. I knew I would be able to dabble in subjects that interested me, and capture these areas of interest on film. However, above all, it was the people. The friends and people I met made me stop second-guessing my choice to come to Whittier.” 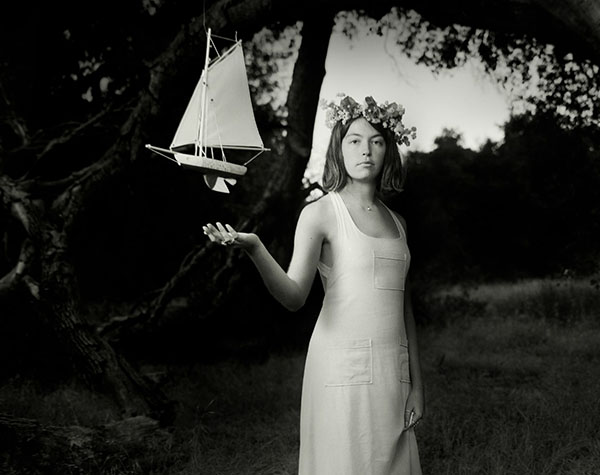 Lauren is an animator and storyboard artist working out of Los Angeles. Having worked on multiple animation and motion graphics projects, she welcomes creative challenges and the chance to grow as an artist. Storytelling, particularly the animated kind, is her passion and she loves the unique possibilities that animation affords narrative.

A lifelong bookworm, Lauren has always loved throwing herself into stories, and now relishes the opportunity to create stories of her own. She has done freelance work for production companies like Spin More Gold Productions, Cheeky Monkey Productions, and MerchantCantos. Her student short film, Memoriam, was chosen for the HollyShorts Monthly Screening Series. In her free time, Lauren reads fantasy books, watches cartoons, makes art, writes screenplays, and storyboards for animated projects she hopes to one day be a part of. 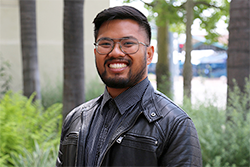 At Whittier, Keanu followed his passion for movies and joined the Video Production Studio club, to complement his film studies courses and gained hands-on experience planning, directing, and editing stories, building his resume with every project.

Whittier excels at teaching students to make connections across disciplines. Keanu's studies in economics, his major, gave him a better understanding of the choices made in the production of filmmaking, in both the business and creative side. His senior project focused on both economics and film by looking at the benefits and risks behind producing a movie released to a foreign audience.

By his senior year, Keanu joined other students to share their movies at a showcase at a local theater. His short film, Experimental Love, was well received, and as he graduated, Keanu felt prepared to continue pursuing a career in the industry. He now works for NFL Media as a club digital video support specialist.

Apollonia’s love for cinema grew at Whittier, as did her world. As an intern for the L.A. Film Festival, she gained hands-on experience at film premiers, galas, and parties, and conversed with filmmakers. The festival affirmed her passion and strengthened her career choice to work in independent film. Entering graduate school, Apollonia felt prepared and ready to succeed in her career thanks to her strong, interdisciplinary studies at Whittier.

“Your world grows and expands a little more each day the more you learn how to communicate with a wide array of people.”