Kinesiology majors graduate from Whittier College with a wide variety of opportunities before them.

Graduates who enter the professional arena have taken jobs in fields that include medicine, physical therapy, sports management, counseling, education, and business. 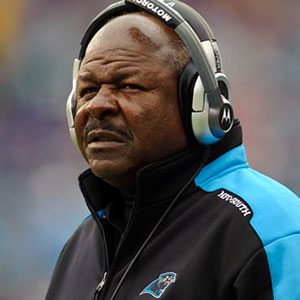 How good a coach is Jim? Under his guidance, the Carolina Panthers have produced 27 consecutive regular season games with at least 100 rushing yards since 2014, the longest such streak in the NFL in about 40 years. In 2015, his running backs helped the Panthers rank second in the NFL, the highest ranking in team history.

After graduating from Whittier as a transfer student, he’s earned more than 30 years of coaching experience, including 17 seasons with teams in the USFL, XFL, and the NFL—specifically, the New York Giants, Arizona Cardinals, New Orleans Saints, Tennessee Titans, and Carolina Panthers. 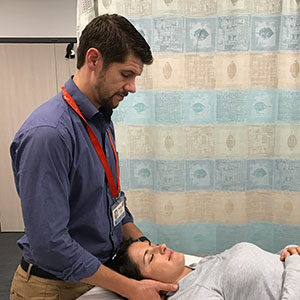 Before he was a doctor, researcher, national speaker, and medical app developer, Marshall traveled the world through Whittier—first Copenhagen to learn more about child development, then New Mexico to practice outpatient orthopedics.

Since then, he’s completed a doctorate at Azusa Pacific University, two orthopedic fellowships, and shares his knowledge as a professor at Azusa, when he’s not treating patients or mentoring physical therapist residents and fellows at Kaiser Permanente West Los Angeles.

“I came into grad school very prepared… From having to do standup presentations in my classes, I also learned great communication and educating skills, and the ability to adjust to patients’ personalities and educational levels.” 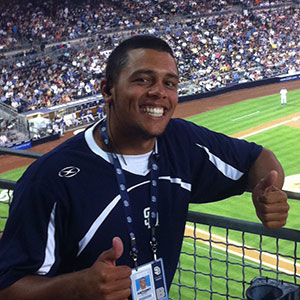 Anthony drives new business through sales and market research for the Ducks National Hockey League team. He was promoted to his position after being the top salesman for four consecutive seasons.

His success reaches beyond the Anaheim ice rink, as well—he’s the CEO and founder of several successful entertainment companies.