Physics and astronomy students have stellar opportunities to grow professionally and explore their passions at Whittier College.

To learn more about internship opportunities for physics and astronomy students, visit The Weingart Center for Career and Professional Development. 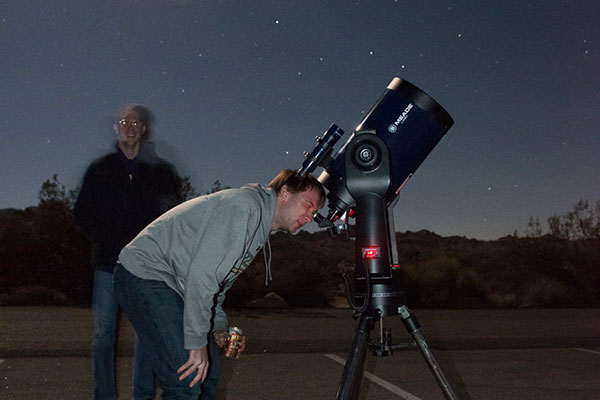 Amanda Edwards and her classmates piled into an old-fashioned school bus with their tents, sleeping bags, flashlights, guitars, and s’more ingredients for an out-of-this-world opportunity—literally.

For Whittier College students, the cosmos are in full view at Joshua Tree National Park, where professor Glenn Piner leads stargazing parties each semester. When they’re not roasting marshmallows around the campfire, Poets gaze through high-magnification telescopes to see such inspiring sights as the lines in Jupiter, or the craters of the moon. 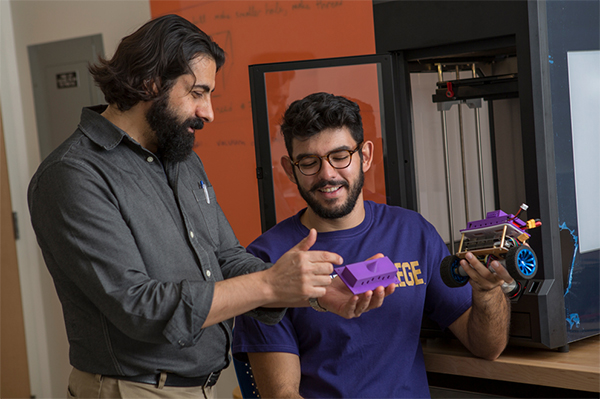 Robots are becoming an increasingly important part of our lives, from drones to the fleet of robots that help Amazon’s warehouses run smoothly. In Professor Serkan Zorba’s  robotics course, students can lay a solid foundation in this fast-emerging field.

The project-centered course introduces them to Arduino hardware and relevant software, which they can use to make simple robots and other electronics, from drones to digital pianos. In addition to working with Arduino, students get hands-on experience with a fully customizable two-wheel balancing robot. 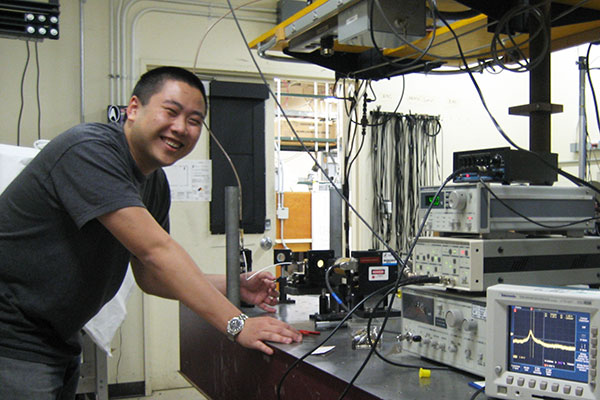 Studying atomic physics was not out of Michael Huang’s reach as an undergraduate, thanks to an internship at Aerospace Corporation.

Michael completed a paid internship at Aerospace, which operates a federally funded research and development center for the United States Air Force. The internships gave him the opportunity to expand his skills in a real-world company, as well as work alongside scientists and engineers on projects that impact U.S. national security and space programs.

From Whittier to NASA JPL

Students had a rare opportunity to privately tour one of the most exclusive places on the planet, NASA’s Jet Propulsion Laboratory (JPL). The tour was made possible by JPL Deputy Division Manager of Mission Systems and Operations Elizabeth Kay-Im ’89.

At JPL’s campus, students were introduced to some of the technology and work that the lab does, and got up close with some of the robots used for space exploration. They also glimpsed JPL’s upcoming mission, Mars 2020.

“Space has always fascinated me and I attended the tour to learn in person what it's like to work for a company which performs dozens of missions in space,” said physics major Bryceton Scurr. “I also wanted to see if there were any opportunities for civil engineers for me to watch out for in the next few years.”