Physics and astronomy students don't need to wait to graduate to help make scientific discoveries, from the interstellar to the submicroscopic.

Physics and astronomy students engage in exciting research, from studying the life and death of a supernova to the properties of nanoparticles.

Carlos Campos-Moya and Destiny Murillo never had to leave Whittier to see 130 million years into the past.

The students collected data from three telescopes to study supernovae, the explosive deaths some stars experience when their cores collapse, to understand more about the stars before they detonated. Using data from multiple orbiting telescopes, many of the stars were about 130 mega light years from Earth—meaning they were so far away, it took about 130 million years for their dying light to reach our telescopes.

The results provide a more complete picture about the deaths of these supernova-fated stars. As only undergraduates, Carlos and Destiny were able to piece together these snapshots of bright, burning lives as incredibly old as they were incredibly far away. 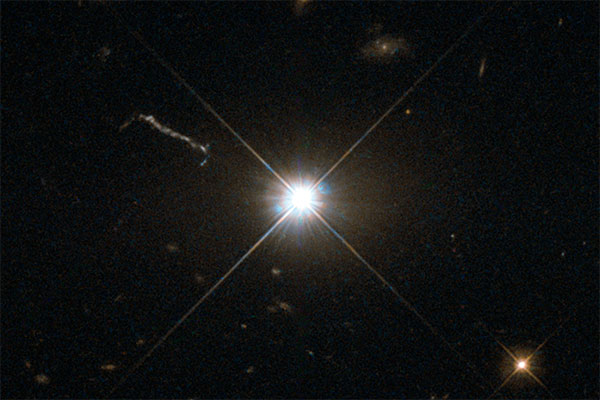 Quasars are massive celestial bodies that emit exceptionally large amounts of energy—so much, in fact, some are 100 times brighter than the entire Milky Way Galaxy.

Physics majors have the opportunity to study quasars alongside professor Glenn Piner, using data from the National Radio Astronomy Observatory’s radio telescopes. This research program has been supported by grants from NASA and the National Science Foundation. 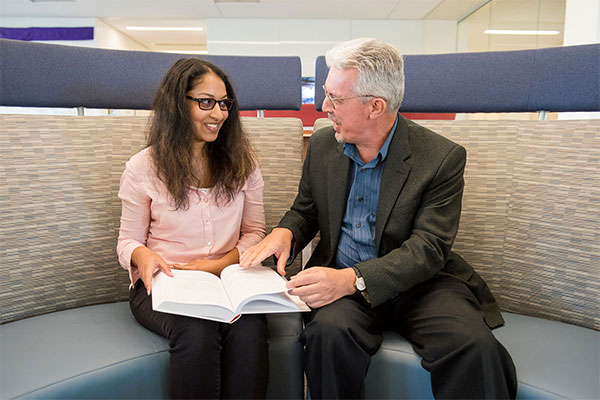 The Physics of Bubbles

Students like Supriya Bhupathy gain resume-building research opportunities working with their professors, such as when she helped professor Seamus Lagan with his physics research into the flow of matter.

The project looked at bubbles moving between sliding walls, and how the bubbles organized themselves as they slipped and slid through the passageway. Together, Suprima and her professor determined that how much surface area the bubbles covered has a significant effect on the average stress on the bubbles. In addition, their distribution affects the relationship between their strain and stress.

In professor Serkan Zorba’s labs, students research magnetic, electrical, and optical properties of nanoparticles. For instance, students have been able to modulate a laser beam’s intensity with a magnetic field as it passes through nanoparticle-infused water.

Students involved in Zorba’s research also have the opportunity to train in nanoparticle synthesis in the lab of Dr. Yadong Yin at University of California, Riverside. From there, they carry out physics-optics experiments in Zorba's lab.