Whittier Scholars Program (WSP) students graduate with a wide variety of opportunities before them.

Recent WSP alumni are completing advanced degrees in a number of disciplines at reputable institutions that include the University of Southern California, University of New Mexico Medical School School, University of Virginia Law School, Georgetown School of Foreign Service, and Cornell University. Graduates who enter the workforce are enjoying professional careers in fields such as health, medicine, entertainment, law, and education.

During her tenure at CNN and HLN, Yasmin has worked on several prime time shows and written numerous high-profile stories for CNN.com. In addition, she produced several exclusive stories during the Chattanooga, Tennessee shooting rampage in 2015 and also was the first to interview crewmembers on the ill-fated El Faro. While majoring in journalism and world affairs through WSP, Yasmin co-founded QCTV, the student-run campus source for weekly news shows and features.

“I never wanted to be anything but a journalist. Whittier College, specifically the Scholars Program, supported me in creating a path to make that possible.” 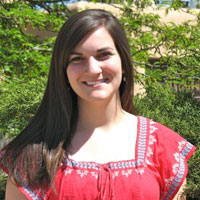 As a freshman, Megan knew two things: She wanted to be a doctor, and she knew medical schools were increasingly looking for well-rounded students, or those from majors beyond the physical and biological sciences. Thanks to WSP, she designed a major that both fulfilled pre-medical course requirements and allowed her to explore her interests in the humanities and social sciences. Upon graduation, she entered medical school and now practices family health medicine at Methodist Charlton Medical Center in Texas.

“This program helped me articulate my interests and passions during my medical school interviews and shaped the way I approach learning. I built skills and responsibility for independent and collaborative learning, both essential in medical school.” 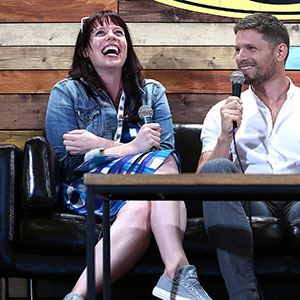 While television brings America together in a big shared living room, Caitlin brings its biggest fans together for a giant party ever year. After working for movie and television industry names like Nora Ephron, Caitlin founded the ever-expanding ATX Television Festival in Austin, Texas, in partnership with big brands like Entertainment Weekly, Hulu, The CW, and FX. She attributes much of her success to WSP, allowing her to flexibly study communications in small, intimate classes.