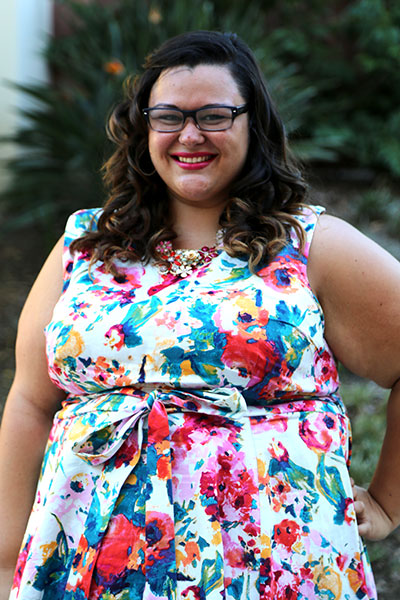 Fat acceptance movements within the US have become more visible in recent years, coinciding with increasing use of the Internet, which has become a crucial mediator of our social and romantic lives. The Internet has provided a new platform for the formation of romantic relationships, with as many as 23% of Americans aged 25-34 entering into marriages and long-term relationships through online dating (Pew Research Center).  However, does the Internet marketplace of online dating simultaneously commodify, objectify, and fetishize fat women’s bodies, while also creating a forum for their liberation and recognition as legitimate objects of desire? Alongside the growing shift in American popular culture and mainstream media towards greater inclusions of full-figured models and celebrities, there exists a large community of “fat admirers” and fat women who reject mainstream beauty ideals, seeking instead to celebrate their “deviant” bodies through a queer framework. This study aims to examine the tensions between these body nonconformists, not only with mainstream beauty ideals, but also with established feminist literature against the objectification of the female body for sexual consumption. Scholars such as Abigail C. Saguy (2002) argue that because fat women are deemed undesirable by normative beauty ideals, they are exceptionally vulnerable to sexual predation and exploitation due to the unequal power balances between fat women and men who seek them out. However, others such as Stefanie Snider (2009) argue that, in particular, queer fat women have used erotic, and often sexually explicit, photographs incorporating indulgences with food and deviant sexual practices to “explode normative ideals of how fat women should behave sexually and politically” (227). An examination of five of the most popular online dating websites specifically targeted at individuals seeking “big beautiful women” will offer insights into the demographic composition of these communities through an analysis of the self-reported information on user profiles. The interaction between variables such as race, gender, and sexual orientation with the types of relationships being sought (i.e., casual sex, committed relationship, etc.), as well as the specific categories of identification available, will also be analyzed. Is there space for fat women to seek social and sexual liberation through their deliberate attempts to redefine their bodies as legitimate objects of desire? Is such a pursuit even possible within a patriarchal structure aimed at the exploitation of women’s bodies? 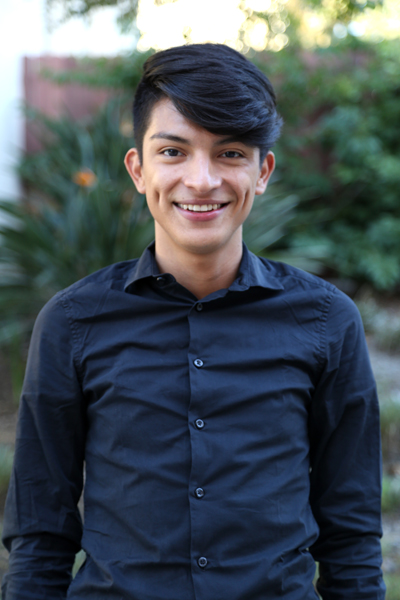 Amid the chaos of World War II in Europe, France capitulated to Nazi Germany, signing an armistice dividing France into the northern Occupied Zone and the southern Unoccupied Zone. The French defeat of 1940 sparked a National Revolution led by Marshal Philippe Pétain who aimed to “restore the traditional structure of society,” (Halbreich). The French National Revolution was an ultra-conservative and hyper-masculine political regime that drove France into les années noirs (the dark years). Engaging theoretical frameworks vested in feminist theory in international relations I engage the political history of Vichy France (1940-1944) through a gender-sensitive lens. I examine Vichy’s domestic policies vis-a-vis women to reveal how their efforts to restore the traditional femme au foyer (housewife) did the exact opposite. Vichy’s gender-based ideals of work, family, and sexuality turned apolitical women into politically active members in the French Resistance, while politically fervent women became increasingly militant. The political and social construction of gender in the Vichy regime transformed women into contested spaces to establish a patriarchal and hegemonic state. My research explores the gendered social norms of masculinity and femininity in Vichy that resulted in anti-feminist policies, driving the regime from its origins of antiliberalism to the brink of totalitarianism. Moreover, I consider women’s role in the French Resistance that developed as a counterweight to the German Occupation and how the constructs of gender promoted or hindered their participation in the Resistance.  Therefore, my research goals are twofold: (1) to posit the Vichy regime within a gendered framework to provide a clearer and more concise understanding of how the National Revolution aimed to create the ideal woman but instead created femmes de la Resistance (women of the Resistance); and (2) to add to the literature of French studies through a gendered perspective on modes of power, domination, and social stratification. 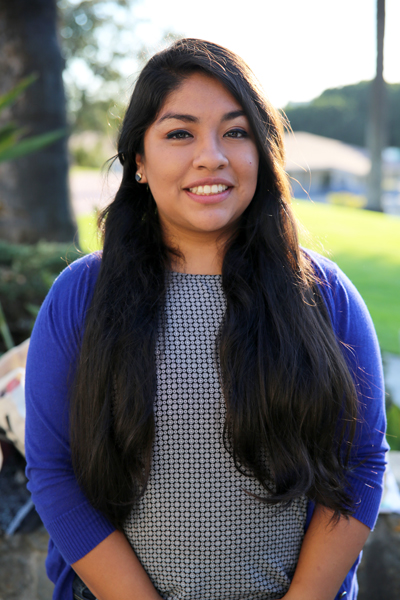 Malosma laurina, a keystone chaparral species in the Santa Monica Mountains, has recently been experiencing dieback due to the fungal pathogen Botryosphaeria dothidea. The ongoing drought in California has greatly influenced the susceptibility of M. laurina to fungal infection.  The present study seeks to understand whether dieback is more affected by limited water availability or if limited water availability exacerbates carbon starvation.  It was hypothesized that B. dothidea will be able to invade drought-weakened plants more effectively, thus negatively impacting photosynthesis and stomatal conductance.  A controlled experiment using juvenile potted M. laurina was used to replicate irrigated and drought conditions in order to test the effects of water starvation and carbon starvation.  Photosynthesis, stomatal conductance, water potential, and fungal growth along the stem was monitored throughout the experiment.  It was found that while carbon starvation resulted in an increased degree of infection, relative to the control, water limitation resulted in the largest degree on fungal infection.  Thus, B. dothidea invaded drought-stressed xylem of potted plants more easily then irrigated plants.  If the current drought persists, there will continue to be increased dieback in stands of M. laurina, which could have severe implications on the ecological stability of the Santa Monica Mountains and could increase erosion events in the surrounding areas. 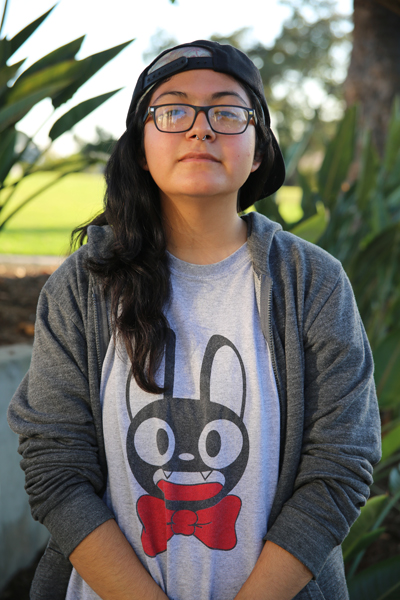 Exploring Ethnic Identity Formation in the 626

The purpose of this study is to examine how the ethnic identities of first and second generation Asians and Latinos are influenced by interactions with one another. Previous scholarship on interactions between Asians and Latinos have focused on either solidarity in politics or housing laws as the basis for these interactions. This research focuses on culture as a common ground for first and second generation Asians and Latinos living in the San Gabriel Valley, an area located fifteen minutes from east Los Angeles and known for having a large Asian and Latino population. Despite the current demographics of the area, it was only fifty years ago that the housing market in the San Gabriel Valley opened to non-white, non-black homebuyers for the first time. Many second and third generation Latinos and Asians took advantage of this opportunity and began to inhabit areas such as Monterey Park, which resulted in white flight, thus further establishing Latino and Asian neighborhoods. In order to understand how ethnic identities are formed amongst these two groups, a theoretical framework on ethnic identity will be used as a base for this study. Literature reviews of existing scholarship along with interviews with alumni of high schools within the San Gabriel Valley will be utilized to gain better understanding of the influence of daily interactions on ethnic identity. 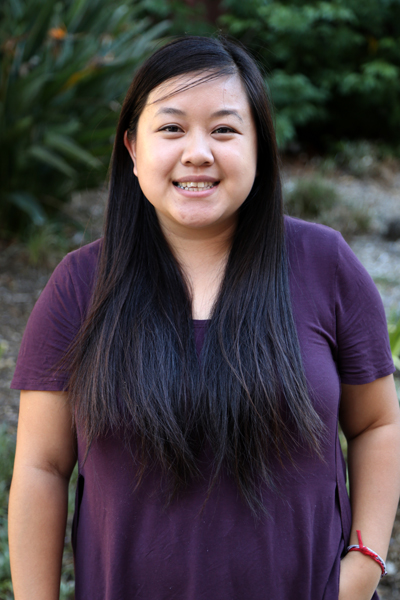 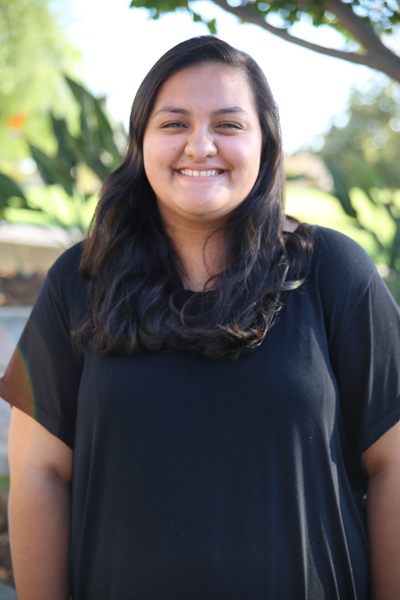 Cuban Studies scholars have published work critiquing the legitimacy of Fidel Castro's claim to have achieved gender and racial equality through the Cuban Revolution of 1959. Scholars like Alejandro de la Fuente and Meghan Daigle argue that unaddressed racial and gender inequalities have recently become hyper-present under Special Period conditions. Because of worsening economic conditions, the Cuban government was forced to take a few market orientated measures to stimulate the economy, this including the legalization of the American dollar in 1993. With the legalization of the dollar and state marketing, Cuba opened its doors to more international tourism, but my research explores how and why this tourism is different from that of Pre-Revolutionary Cuba. In particular, I explore the representation of the jinetera, the Cuban woman engaging in sex work for the tourist. The outsiders understanding of the jinetera depends upon a dense history of the gendering and racializing of Cuba and its national identity. My research explores how the representation of the jinetera has changed throughout contemporary Cuban cultural productions, and how its contributed to an outsiders cultural understanding of Cuba as a nation state.