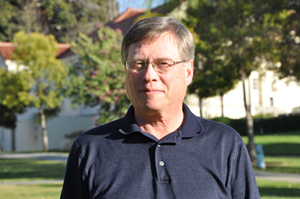 Robert Marks is Professor Emeritus of History and Environmental Studies. After 41 years on the Whittier faculty, he retired in 2019. He is the author of several notable books and articles on Chinese and world environmental history, including Tigers, Rice, Silk, and Silt: Environment and Economy in South China (1998), The Origins of the Modern World: A Global and Environmental Narrative from the Fifteenth to the Twenty-first Century (4th ed. 2019), and China: An Environmental History (2nd ed., 2017) (all translated into Chinese). He has presented papers at conferences in China, Hong Kong, Sweden, Norway, Japan, and the Netherlands. In 1997, he received the Aldo Leopold Award for the best article in the journal Environmental History from the American Society for Environmental History, and Tigers was featured in the New-York Historical Society’s “Books That Matter” campaign in 2008. He has received numerous fellowships, including the Graves Award (ACLS-administered), several NEH fellowships, fellowships for research in China, and in 2017 was elected to the Board of Directors of the Association for East Asian Environmental History. In March 2020, he was honored by colleagues from around the world for his role over the past 25 years in founding and growing the field of Chinese environmental history.

In 2002, Marks was named the Richard and Billie Deihl Professor of History, a year after he received the Harry Nerhood Teaching Excellence Award. Like many professors at Whittier College, Marks helped engage students in research for his various books and articles, including, Origins of the Modern World. Students were given the opportunity to critique Marks' work and suggest additional materials. Marks served on the AP World History Development Committee and as director for the California World History Association; he serves on the editorial board of the journals Environment and History, Nature and Culture, and Oecologie.

Marks is fluent in Chinese and taught at Whittier College from 1978 to 2019.

China: Its Environment and History. Lanham, MD: Rowman and Littlefield, 2012

The Origins of the Modern World: A Global and Ecological Narrative from the Fifteenth to the Twenty- first Century. 4th enlarged edition, 2019 Lanham, MD: Rowman and Littlefield, 2007

Rural Revolution in South China: Peasants and the Making of History in Haifeng County, 1570-1930. Madison: University of Wisconsin Press, 1984

Ethno-environments in China and California

"Cycles of Waste and Soil Fertility in 19th-century China"