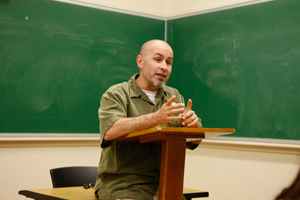 Professor Jose Orozco is an expert in modern Mexican and Latin American history, as well as Chicano History. His interests are varied and include research on the history of Tequila in Mexico, Chicano art, and immigration. He is currently finishing a manuscript based on over two hundred letters written by a Mexican sharecropper between 1950 and 1952 to his daughter who lived in Stockton, California. He is also working on a book on the region of Los Altos de Jalisco, Mexico and the question of "whiteness" in post-Revolutionary Mexico.

In addition, Orozco is a practicing artist whose work was featured in the book, Contemporary Chicano and Chicana Art: Artists, Works, Culture and Education (The Bilingual Press/Editorial Bilingüe, 2003).