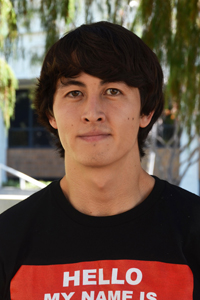 Coloring in the Lines: Locating Race in Hemingway

My research examines the work of Ernest Hemingway from a racial and gender perspective, specifically considering the stories Hemingway wrote as a result of his safari experiences in Africa in 1933. Drawing on Toni Morrison’s critique of American literature as inherently racialized and Marc Kevin Dudley’s historicizing of Hemingway’s work in terms of its engagement with issues of race, I argue that Hemingway’s Africa stories, particularly  “The Short Happy Life of Francis Macomber,” reflect the anxieties of white male Americans in the twentieth century United States by defining and elevating a white male ideal in colonial Africa. By analyzing the devices Hemingway employs to establish racial and sexual difference in his texts, I show that Hemingway’s Africa stories champion a traditionally masculine, white ideal and suggest that white men can (and should) aspire to that ideal. Moreover, the stories locate Africa as a white man’s refuge, where color and gender lines are still very much legible due to the continent’s history of colonialism. Ultimately, this study takes the position that any analysis of Hemingway’s work must consider author’s interweaving of racial and gender themes. 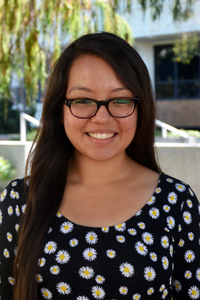 Immigration is a hot-button issue in America, and young activists and organizers known as “DREAMers” are having notable success in the fight for political and social reform. The DREAMer movement is significantly based on narrative. DREAMers are rhetorically savvy activists: they strategically illustrate the stories of undocumented youths and their affected families. One of the most popular and powerful tactics DREAMers use are viral videos, particularly videos of slam poetry. By analyzing specific examples of spoken word poetry, I argue that DREAMers masterfully illustrate the obstacles they encounter, solidify a common narrative frame in the movement, and make clear their demands for future action. Ultimately, spoken word poetry allows for society at large to understand the DREAMers; mainly, who they are, what they have gone through, what they strive for, and why anyone should care in the first place. Therefore, by understanding the poetry, one understands the narrative of the DREAMers, and ultimately the movement itself. 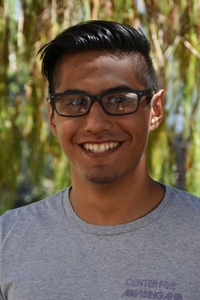 Daniel Chavez '15, English Major with an emphasis in Creative Writing

Is Romantic poetry always subjective? According to British Romantic poet Samuel Coleridge, a poet writes from his own perspective, from his own experiences. Coleridge expounds on this subjective point of view in his conversational poem “The Nightingale” (1798). This poem not only describes the concept of Romantic Subjectivity, the observer’s physical, spiritual and psychological encounter with his object, but also touches on subjectivity in regards to the poet and his role in poetry. In the poem, an observer encounters an object and, through that encounter, the poet creates poetry. For example, “The Wandering Man” projects his melancholic feelings onto the nightingale thus resulting in “the song” of the nightingale “a melancholic strain.” In turn, The Maid, as she sits in her isolated tower, encounters a nightingale and projects complex feelings of happiness and longing. What is displayed in this poem is a complex network of observers who are all encountering the same object, and thus creating poetry. To even further complicate this notion, Coleridge himself imaginatively creates these observers, which makes the observers themselves objects of his imagination. Not only does Coleridge, and other characters in the poem, such as “The Wandering Man” and the Maid", encounter their object of interest, the nightingale, but they also collectively perceive the same object and demonstrate a network of intersubjectivity. Not only do they perceive the same object, but also they are experiencing the nightingale differently in relation to each other. The complexity of this intersubjectivity, between Coleridge’s “Wandering Man” and Maid, gives us great insight into the type of romantic subjectivity Coleridge may have been contemplating, and shows us much deeper ambiguities and conclusions about a poets encounter with his poetry.

The purpose of this article is to examine the role that the ethnic identity of the Purépecha community, located in Michoacan, Mexico, has had in the regional political climate. By focusing on the beginning of the dispute over land rights, the presidential election of 1988, and the civil insurrection in Cheran, the article will exemplify how the Purépecha have used their ethnic identity as a unifying force. This article will also explore the Purépecha ethnic identity and how globalization, the shift towards modernity, and violations of civil and human rights, has influenced definitions of the Purépecha identity. By exploring these themes, it will become evident that the Purépecha have taken advantage of their resources and have gained a considerable political presence in the region. 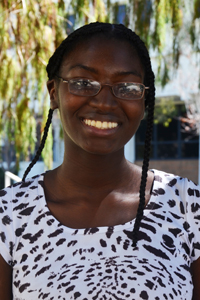 The Arecibo Galaxy Environment Survey (AGES) examines the environment of neutral hydrogen gas in the interstellar medium. AGES uses the 305m Arecibo Radio Telescope and the Arecibo L-Band Feed Array to create a deep field neutral hydrogen survey which we used to detect galaxies in an area five square degrees around the galaxy pair NGC 7817/7798. By finding and investigating hydrogen rich galaxies we hope to gain a better understanding of how their environment affects galaxy evolution. H1 line profiles were made for the detected H1 emission and ten galaxies which had the characteristic double-horned feature were found. NGC 7798 was not detected, but NGC 7817 and the other galaxies were cross-identified in NASA/IPAC Extragalactic Database as well as in Sloan Digital Sky Survey to obtain optical data. Out of the ten, two of the sources were uncatalogued. We analyzed the hydrogen spectra and aperture photometry to learn about the characteristics of these galaxies such as their heliocentric velocity, flux, and mass of the neutral hydrogen. Furthermore, we graphed the Tully-Fisher and the Baryonic Tully-Fisher of the ten sources and found that most followed the relation. One of the biggest outlier is suspected be a galaxy cluster while other outliers may be caused by ram pressure stripping deforming the galaxy.