The discoveries they make alongside their professors demonstrate the power and beauty of mathematics. 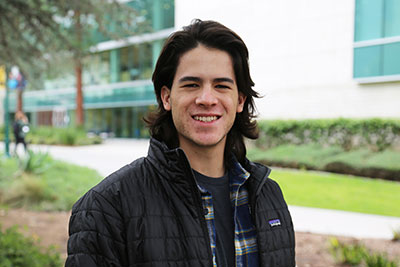 To learn how to “see,” computers need teachers like mathematics major Jacob Householder: excited yet patient, diligent yet adaptable.

When Jacob talks about computer vision—training devices to recognize objects through the “eyes” of their lenses—he’s electric with enthusiasm. Discussing the basics of the concept, Jacob picks up a water bottle and places it behind a stack of t-shirts, leaving it partly out of view. He describes how if someone can help a computer’s electronic eye fill in what’s missing, they can train the computer to recognize the partly hidden water bottle again on its own.

The evolving technology has ramifications across health care, defense, apps, and even self-driving cars. It isn’t easy to implement, but where some see a challenge, Jacob sees an invitation. It fascinates him to transform the complexity of natural phenomena into mathematical terms: in this case, turning the capacities of human vision into formulas. With enough practice and development, computers can recognize anything from tumors to buildings—from orbit.

The complex concepts and calculations of computer vision were new territory for Jacob. But he was excited from day one to rise to the task. As technical challenges kept popping up, he got into the habit of slowing down and revisiting the relevant reference material to gain a deeper understanding of the problem at hand.

“There was a lot of learning on the spot as I was going through it,” he said. But with an undaunted desire to learn, Jacob picked up and honed his new skills with professor Fred Park as his guide. The computer wasn’t the only one with a knack for learning and a good teacher.

Park saw his student’s tremendous growth during the challenging project. Jacob learned how to nimbly work through any difficulties with outside-of-the-box engineering. He ultimately honed the kind of critical thinking skills that are of “utmost importance in any field,” Park said. “Here, he is gaining these skills firsthand at an accelerated pace.” 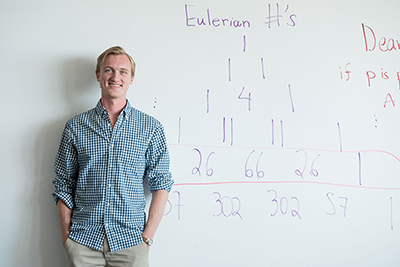 With professor Mark Kozek, Philip de Castro researched a special set of numbers called Eulerian Numbers. These have significant influence in a branch of mathematics known as combinatorics, which focuses on studying how to count particular mathematical structures. In other words, he researched how and why Eulerian Numbers behave the way they do.

"Since starting my college career, I yearned for the opportunity to participate in research. To actually be in charge of my own project with the support of Whittier College and Dr. Kozek has been a humbling and rewarding experience."